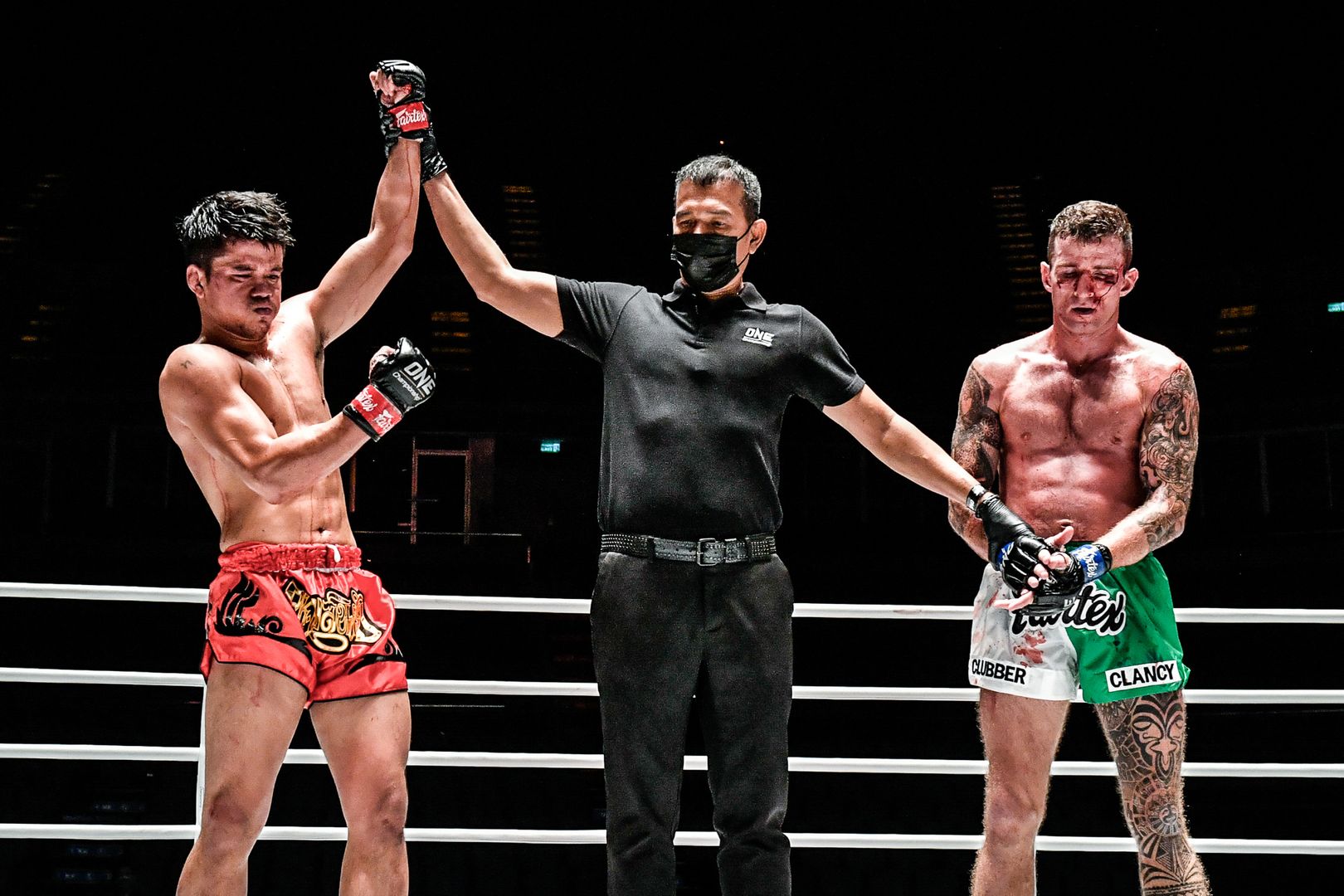 Irishman Seán Clancy made his ONE Championship debut at ONE: A NEW BREED III recently, where he faced Thai phenom Pongsiri PKSaenchaimuaythaigym in the main event.

The bout was a back and forth battle which saw Pongsiri open several cuts on Clancy, but in true Irish fashion he showed tremendous heart to battle through a sensational three rounds of action, earning plaudits and winning fans the World over despite a points loss.

In a recent article published by ONE Championship, they named their top 5 ONE Super Series bouts of the 3rd quarter of 2020.

Since the martial arts organisation returned to action back in July, we have seen some stunning Muay Thai and Kickboxing bouts during their spell in Bangkok, Thailand.

Amongst other bouts such as Allycia Rodrigues‘ sensational ONE debut where she beat former ONE Atomweight Muay Thai World champion Stamp Fairtex, as well as Petchmorakot‘s epic win over Yodsanklai Fairtex, it was Seán Clancy‘s bout against Pongsiri that was nominated as the best bout since the promotions return.