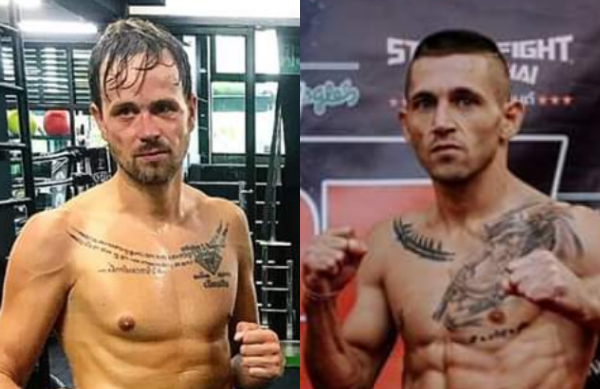 Forrest, who is currently ranked #20 in the WBC Muaythai World featherweight rankings will take on Muay Pam Gym‘s Isaac Araya who is ranked #17 in the Super-Welterweight World rankings.

Our media team spoke with the Rough Diamond‘s fighter to get to know more about him on the build up to the international bout on Roar.

Could you tell us what got you started training in Thai boxing and what kept you coming back?

Simon: “I got into Thai boxing at first just to get fit. I’d been on the party scene for many years and after I had my first son I decided it was time to make a change.

“I started training and shortly after I had my first interclub aged 25. I was hooked. I’ve got an addictive personality and I loved the way Muay Thai made me feel.

What is it you enjoy about fighting?

Simon: “I love fighting and there’s no better feeling in the world than performing well on a big stage and getting your arm raised.

“To be honest, the actual fight itself is just the icing on the cake. I love the training; all the preparation towards a fight. I’m constantly high on life, literally buzzing.

“I find it hard to sleep at night after good sparring sessions. Many nights I’ve driven home from Wolverhampton back to Cambridge after 5 hard rounds with Dean James and literally not been able to sleep until the early hours, baring in mind I’ve got to get up at 4:30am to then drive to London for work. I’m a true Muay Thai addict!”

Do you know much about your opponent at Roar?

Simon: “My opponent is Isaac Araya, he is the Spanish #1. His main weapon is his low-kick and heavy hands. I know I can beat him and I’m really looking forward to stepping up in class again.

“Training is going really well. I’ve got Daniel McGowan alongside me most days, assisting with all the lads at Rough Diamonds, as well as Parnpetch and Prathet giving me extra pad work.

“I’m gonna do everything I possibly can for this fight and will yet again be in the best shape of my life.”

How is the rest of 2019 looking so far? Any other big match ups planned?

Simon: “I have another big international fight confirmed in June, so the next few months is looking very exciting for me. I’m looking to work my way up the world rankings.

“My ultimate goal in the sport is to compete as long as possible, I’d like to fight on ONE Championship one day.”

Lastly; after winning by DQ in your last fight, would you like to rematch Jacob Smith?

“Training for fights takes so much out of me, both financially and time away from family etc., I don’t really have that much interest in spending another eight-weeks preparing to fight Jacob again so soon.

“After all, he f***ed it up, not me. I believe I was clearly ahead until that point. However, if he beats Reece [Thomson] and takes the #1 spot then that shall change everything.

“I know everyone wants to see the fight happen again because it was heating up and he was coming back into it.”