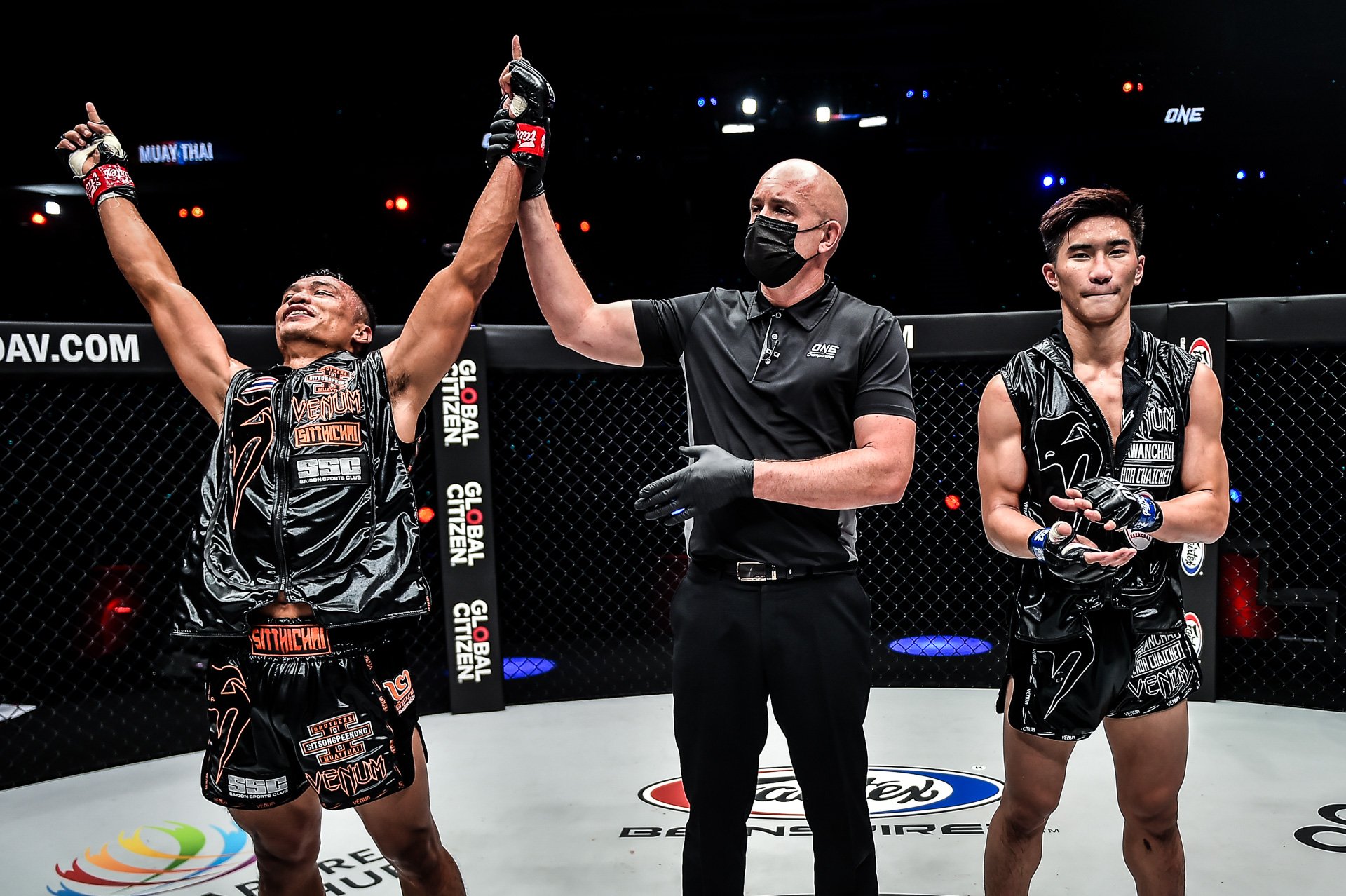 Their matchup produced a scintillating display of fistic fireworks across three thrilling rounds of action.

Sitthichai stayed true to his word and put Tawanchai on the defensive as he inched forward behind powerful boxing combinations.

Tawanchai countered with a steady stream of left kicks to the body to try and slow Sitthichai’s movement, but the veteran kept pressuring his younger opponent.

Action intensified in the third round, as the two fighters exchanged their heaviest blows at the center of the Circle.

In the end, Sitthichai did just enough to edge out Tawanchai by split decision.

The win puts Sitthchai 1-1 in ONE Super Series, having lost his debut bout against Superbon under Kickboxing rules in 2020.

Immediately after the bout, Sitthichai said in his post-fight interview, he is focused on competed under Kickboxing rules as he aims to fight for the ONE Championship World title.

The ONE Featherweight Kickboxing World title is still vacant, though a superfight against Giorgio Petrosyan is a possible match-up for the title and one combat sports fans have longed for.