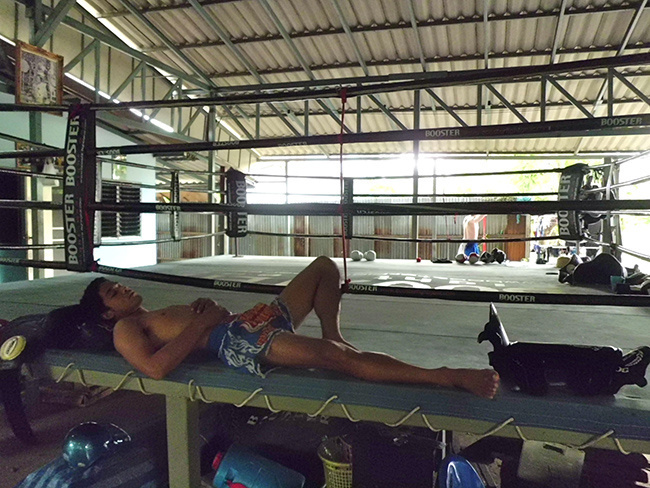 I didn’t appreciate the healing power of sleep until last night! Being the first week back at training this week it has been pretty hard going so far! Enjoyable but hard going! The Strength and Conditioning class has now moved to a Monday, which is good because it means that between Monday and Thursday there is a bit of rest and also that it gives us an opportunity for another class which happens to be a Clinch class!

So, I was in the gym on Monday and Tuesday, now after Monday, I could barely walk. To say I could barely walk would actually be an understatement! I was so stiff it was unreal! I thought that I would power through Tuesday’s training and hope for it to get better. Which I did, power through I mean, as for getting better. Not a bloody chance! The number of squats we did on Monday totally did me in!

After the gym on Tuesday, I was feeling pretty good actually, while I was still warm… The more I cooled down after the class the worse the pain got. Now, I was hoping to get to the gym on Wednesday, I took my gym bag and started the day with every intention of going, even though I was in a lot of pain. I mean so much so, when I dropped a pen at work, I just left it there because, that simple task of picking up a pen, became the worlds most difficult task and one that I didn’t fancy at all!

So, after work on Wednesday, I hobbled my way to the station to get the train home. Which I did and all was peaceful. My wife doesn’t finish work until 11 pm this week, as she is working the late shift, so when I got in, did the normal thing, get a shower, get food and then get on the sofa, I was on the sofa for about an hour and I looked at the clock on my laptop and it read “9:00 pm” I thought to myself “is it too early to go to bed?”

Now, I love my sleep! So much so that at 9 pm I decided to hit the hay. I woke up when the wife came in for about 5mins, mumbled something that resembled “hello!” then rolled back over to sleep. It was possibly one of the best nights sleep I had had in a very long time. I don’t know what it was that made me sleep so well last night but it was great!

I woke up this morning feeling all kinds of refreshed and definitely ready to get back to the gym! I was still a little sore but it didn’t have a patch on how I felt the day before, which was fantastic!! So, I had a good day at work, pretty standard really, throughout the day all I had been thinking about is getting to the gym. Does anyone else do that? When doing something, Muay Thai pops into the mind and you begin top envisage doing a flying knee into a customers face, or teeping them straight in the teeth.

I do often wonder what my life would be like if I hadn’t discovered Muay Thai and the Northern Kings Gym in Newcastle. I guess it would be the same as life was before I met my wife, mundane and boring but when I met her it totally changed my mindset and perception on what was important, which is exactly what Muay Thai has done for me! It has definitely become my second wife and is definitely one-third of my soul.

It was a good session at the gym, it was a beginners class and we had a few newbies in so it got stripped right back to basics, which honestly, I absolutely love doing. There is a quote that I have seen somewhere on the internet which I think is very fitting and it went a little something like this…

I think this is very, very true. Which is why I think I enjoy the stripped back classes as much as I do. You get time to practice all techniques. We started with a jab, back leg kick. We drilled that with our partners for 3mins, switched and then for the second round did it again for another 3mins. For the third round, we did the jab then the teep, again 3mins and switched and did another three rounds.

So, all in all, it was a pretty basic session but we got to thrash it on some pads for the best part of 45mins which is always good fun! The Fight Record shop recently stocked up on some Fight Record t-shirts… be sure to check them out!!