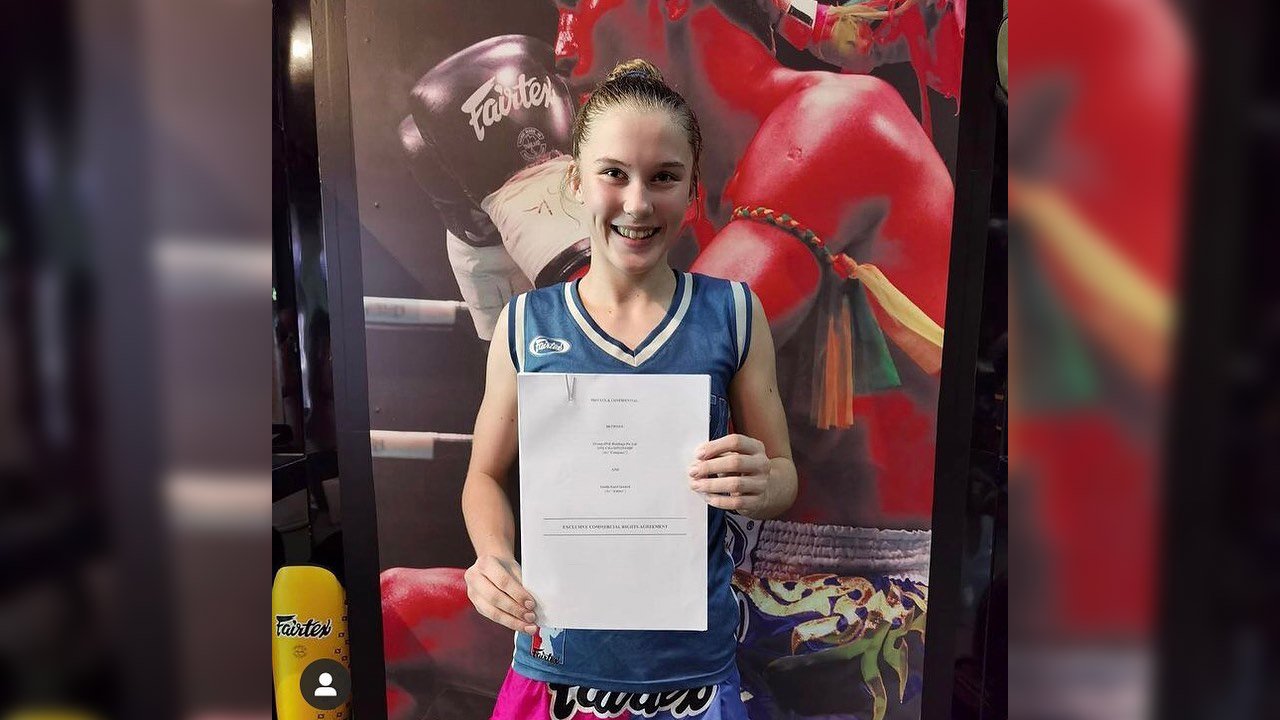 The future is bright for rising Swedish sensation, Smilla Sundell. The youngster has signed an exclusive deal with global martial arts giants, ONE Championship.

The deal comes after an incredible 2020 saw the young Swedish athlete rise to stardom with some mature performances against some of Thailand’s best female Muay Thai fighters.

Even at just 16-years-old, the Swedish prodigy is a force to be reckoned with. This has been proven in the latter part of last year when she made three appearances at Muay Thai Super Champ.

In her first appearance, she faced Pornpan Por.Muengpetch, also a young rising star. With a dominant performance, Smilla took a huge second-round knockout.

Smilla then faced the biggest test in her career, taking on arguably Thailand’s greatest female fighter; Sawsing Sor.Sopit. With another dominant performance, Smilla Sundell took a huge points victory in the main event bout back in October.

Her third and final appearance at Muay Thai Super Champ in 2020 saw Smilla Sundell face Fahseethong Sitzoraueng. Another dangerous opponent, Fahseethong had beaten the likes of Maisha Katz and Claudia Lowles in the months leading up to this fight. The back and forth battle results in the judges awarding the pair a draw.

Ending the year undefeated after facing many of the best female Muay Thai fighters in Thailand, many fans pondered what was next for the Swedish superstar.

Now she will get the opportunity to showcase her prodigious talent on the biggest stage of all. This, of course, will beg the question; who will Smilla fight in her ONE Championship debut?

Recently competing in the region of 58kg, her tall yet incredibly strong physique is a dominant force in her weight category. Smilla brings a unique mix of heavy boxing combinations combined with vicious clinch work.

Now part of the greatest striking roster on the planet, Smilla Sundell has a plethora of opportunities to prove she belongs on the World stage.

With the likes of Supergirl Jaroonsak, Jackie Buntan, KC Carlos and many more competing around her weight limit, there are some huge matches to make for her ONE Championship debut.

You can follow Smilla Sundell to stay up-to-date with all her latest training and activity, and stay tuned to our Facebook, Instagram and YouTube channel for more on the rise of the Swedish prodigy.