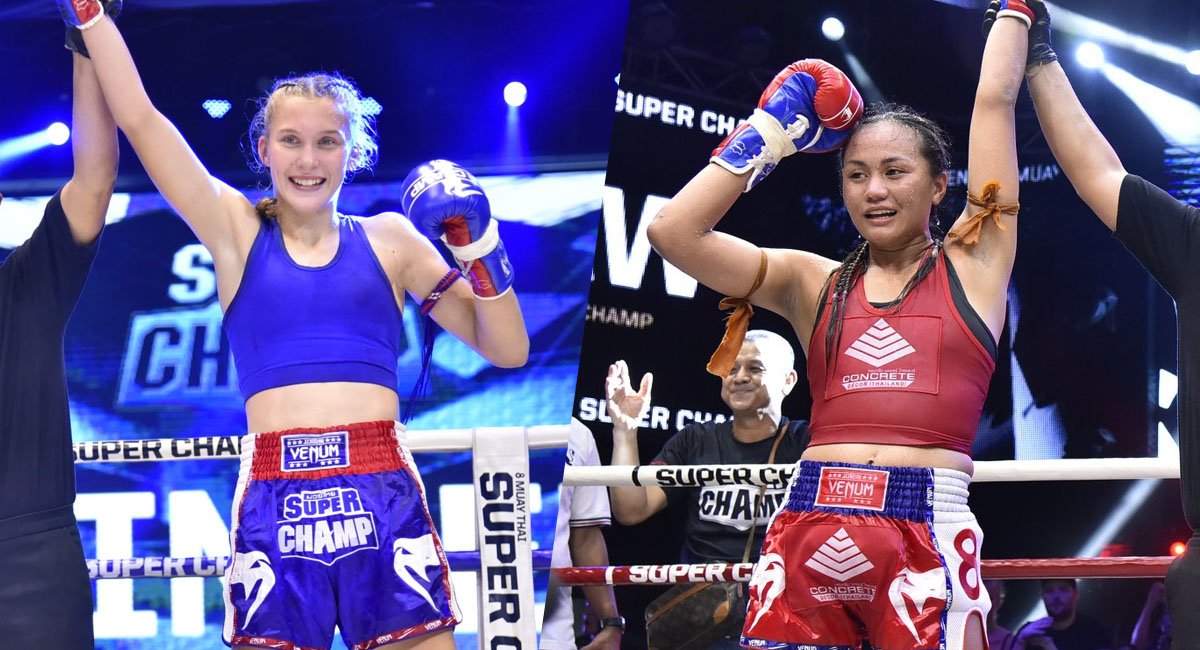 The Swedish sensation, Smilla “The Storm”, has been in fantastic form lately, defeating one of Thailand’s top prospects in Pornpan Por.Muengpetch by knockout on the Muay Thai Super Champ stage just last month.

With a knockout rate of 67% in her 30 career wins, the 15-year-old superstar, who trains at Fairtex Training Centre in Pattaya, has showed promising signs of a huge future ahead.

Next Sunday, however, Smilla will face one of her toughest tests in her career to date, as she takes on Sawsing Sor.Sopit, arguably Thailand’s greatest female fighter at the moment.

Sawsing, a WMO and WMC Muaythai World champion, has more than 200 fights in her career and holds an impressive win rate of 83%.

A regular of the Muay Thai Super Champ and Muay Hardcore weekly shows, she has notable wins over Erin Kowal, Ruslana Vyniavskaya and Malena Garcia in 2020 alone.

Can Sawsing weather the storm or will Smilla Sundell continue her dominance with a win over one of Thailand’s best female fighters? Stay tuned to our Facebook, YouTube and Instagram for more on this story and much more!