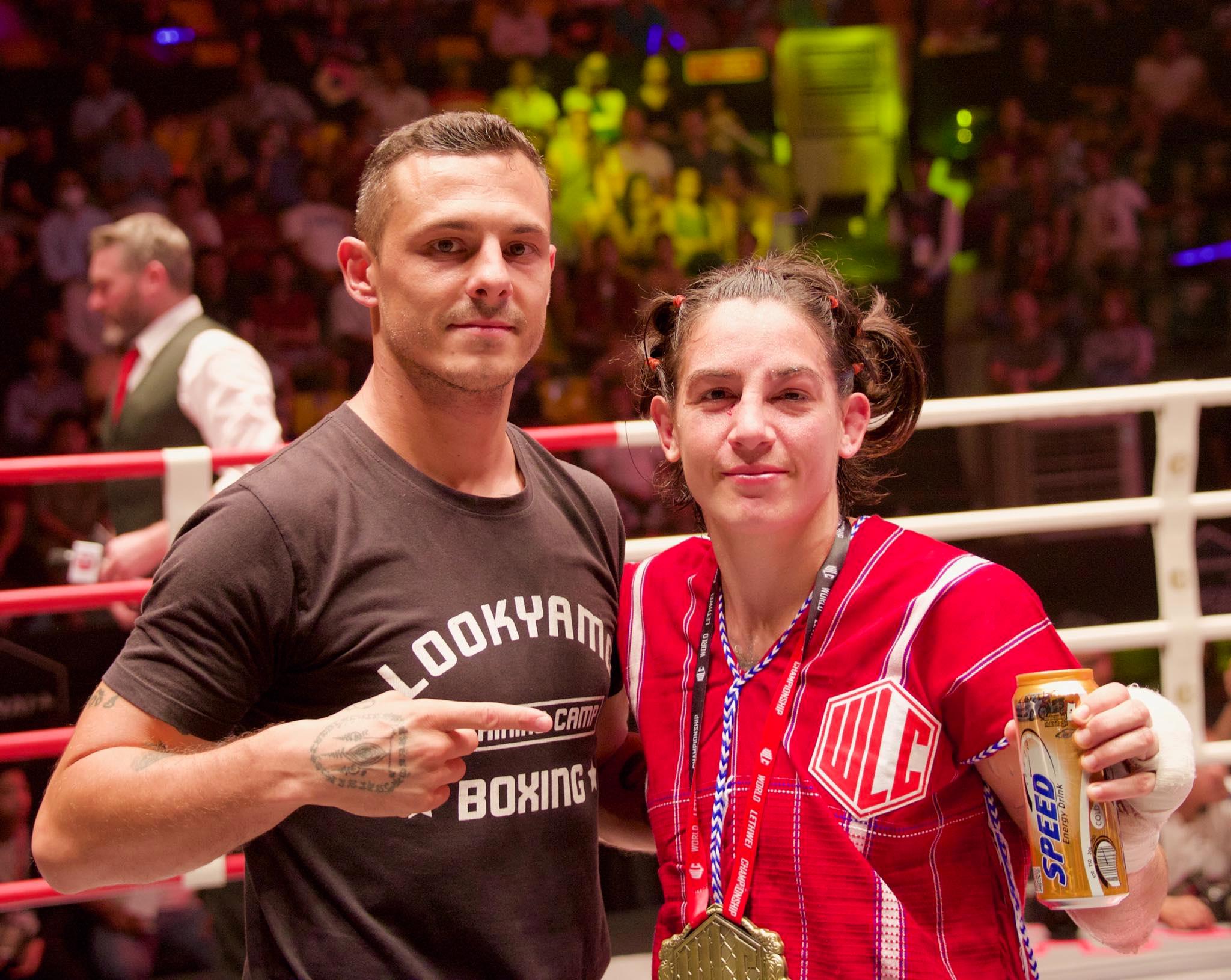 World Lethwei Championship fighter Souris Manfredi found martial arts at an early age. But, it was not until much later in life that she embarked on a journey that would ultimately make her leave her native country of France for Thailand, and later join the world-renowned Lethwei organization.

The decision to leave Europe to pursue her dream in Asia was a choice she knew she needed to make. It was also a decision stemming from a seed planted many years earlier. Her interest in martial arts began when she was growing up in the city of Besançon in eastern France.

“As a kid, I did judo and I really liked it, but then I stopped,” Manfredi shares from her adopted country of Thailand. “For many years I wanted to do boxing or kickboxing but my parents could not really afford it. I was really attracted to boxing… but I really couldn’t.”

Early setbacks would not keep her away from her destined journey. But, it was not until she was living in Romania that her love for martial arts flamed up once again, this time with MMA.

“When I discovered MMA, I was like ‘Wow, this is exactly what I want to do!’ But I started kind of late. I think I was around 24 years old when I started MMA. At that time, I was not in shape. I was partying and traveling a lot. To be honest, I was not like those kids and teenagers that are made for [fighting]. Some have talent from the first day, but I did not.

“I knew that if I wanted to continue in this, I would have to work and train a lot. It was a big challenge for me, going from partying to just being disciplined. But I love to fight.”

Her dedication has certainly paid off. With a combined record of 37 fights and 18 knockouts, competing all over the world. Manfredi has now set her eyes on ultimate glory in Lethwei, widely considered to be the most brutal martial arts in the world.

Joining the leading organization World Lethwei Championship in late 2019, Manfredi is already on a two-bout win streak over tough opponents in the WLC ring. Her latest victory came on 31 January 2020 when she finished off Vietnam’s Tran Thi Lua via second-round KO.

The use of headbutts has become somewhat of a trademark of the World Lethwei Championship, and this new weapon is something that she has embraced fully. When she made her debut against Cambodian powerhouse Eh Yanut, it did not take long before Manfredi was trying to find openings for a headbutt.

“I was so excited about this, I wanted to try it from the first fight! It is really something, it is a new tool for me!”

Manfredi now trains hard to stay ready for her next opportunity to keep climbing the ranks. Training twice a day with her head coach Charlton Lookyamo at Look Yamo Training Camp in Pattaya, Manfredi dedicates her time and energy to excel in her new-found love for Lethwei.

Because of the current pandemic, Manfredi cannot train and fight as often as she would like to. But this has only made her more hungry and prepared to unleash on her next opponent. With the division laid open, the path towards gold and glory is clear for Manfredi.

“I am ready. I am in shape, I am at a good weight. I am just waiting. As I told WLC, my first fight priority will be Lethwei. If I could fight every month, it would be a dream come true!”

In a not-too-distant future she hopes to write the next chapter in her martial arts journey, bringing her unique fighting style to World Lethwei Championship fans all over the world.

“I believe we all like violence and fighting, and I believe I bring that technical violence. When I fight, people can see that I dedicate myself 200% to my career and to my fights. I bring what makes a good fight!”