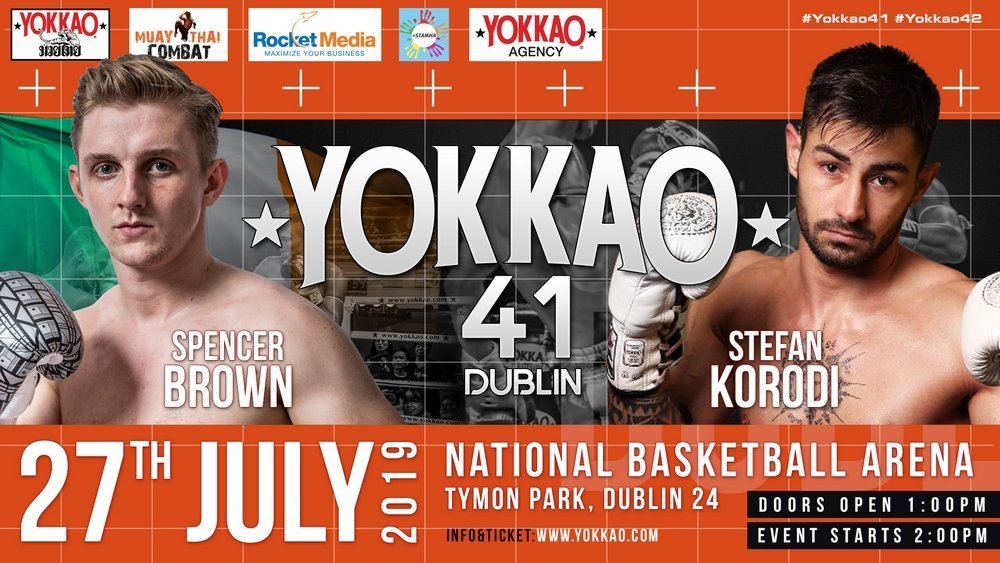 The inaugural YOKKAO Ireland event is shaping up to be an unmissable night of Muay Thai action, with two world-class fights already announced, YOKKAO recently released a third fight set for the National Basketball Arena in Dublin on 27th July.

Stefan Korodi, whose last outing in the UK was a KO victory over Scotsman Jordan Cumberton at Power of Scotland 27 in November, has recently been training with the world’s elite fighters at PKSaenchai Gym in Bangkok and also registered a second-round stoppage win at the prestigious Lumpinee Stadium during his stay.

Riding a KO streak, the adopted Irishman Korodi will be dangerous opposition for the WBC European champion Spencer Brown.

Scotsman Spencer comes into this fight on a three-fight win streak after claiming the WBC European title in Italy and a strong win on All Star Fight in Bangkok.

With his forward, aggressive style, he’ll be looking to solidify his stake as the best in Europe when he faces Korodi in his hometown of Dublin on 27th July.