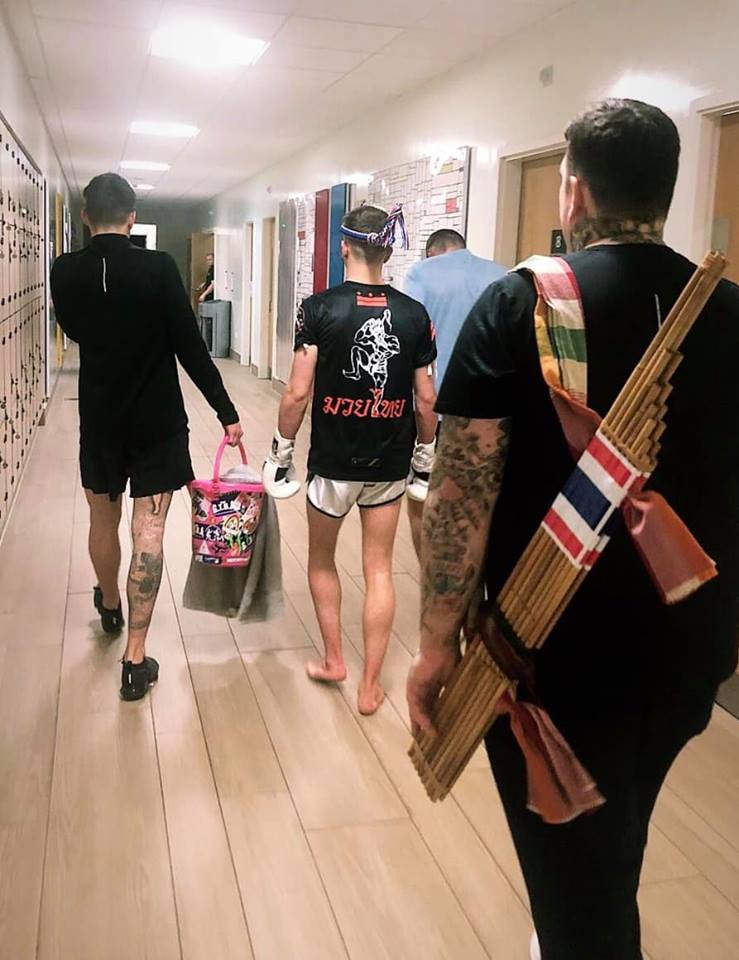 After coming off a British title loss to UK #1 Callum McGowan at Victory IV back in December, Irvine was keen to get back to winning ways and make a big statement in front of his home crowd in Glasgow.

After a strong opening two rounds, GTBA head coach, Craig Floan, asked Irvine to go out and finish the fight. Before the bell could ring to start the third round, however, the Spanish team had retired Blasco from the fight.

A good start the the year for the current Thai Fighter UK 55.4kg #2. Follow us on Facebook and Instagram for all the latest news on Stephen‘s next fight.

The GTBA team have a strong, active stable of fighters and always bring an entertaining style.

You can catch Irvine’s team-mates Matthew Bowater, Paul Murphy and Nico Carrillo who makes his long-awaited return next at Evo Thai Boxing Series on 30th March in Glasgow.