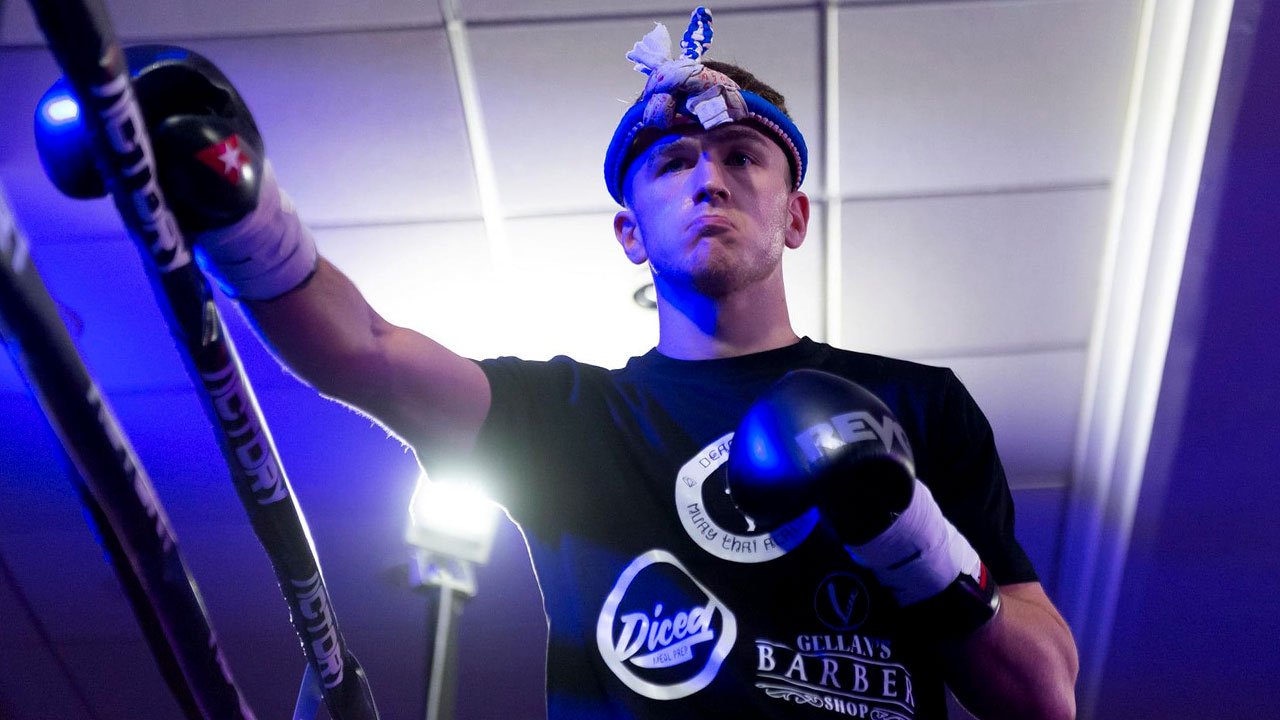 This Saturday, Scottish rising star Stephen Irvine flies to Barcelona for his next fight.

The young technical fighter, from Deachkalek Muay Thai in Glasgow, is currently on a six-fight win streak.

Two of those victories have been against Spanish opponents, and both ended in TKO wins for the Scotsman.

One of those victories came against Javier Tebar, the younger brother of his next opponent.

Having beaten many of the best fighters at his weight, he is considered one of the best Bantamweight Muay Thai fighters in Europe.

Not only will he be one of Irvine’s toughest tests to date, but he is also one of the most experienced fighters he’s faced.

Gonzalo brings more than double the experience of his Scottish opponent, having competed more than 50 times. Many of which have been against high level opposition in Thailand.

Did you know? You can access Stephen Irvine’s fight record, biography, fight history and more, plus 6,000 other Muay Thai and Kickboxing fighters, all for just £1.99/month. Get your access.

How to watch Stephen Irvine vs Gonzalo Tebar?

The Bantamweight match-up between Stephen Irvine and Gonzalo Tebar is set for Road to MTGP this weekend.

The event, promoted by Muay Thai Revolution, is set to take place in Piera, a province 50km west of Barcelona, Spain.

For Muay Thai fans who can’t make it to the event, it will be available to live stream via pay-per-view on the MTR Fight Channel website.

What time does Stephen Irvine vs Gonzalo Tebar start?