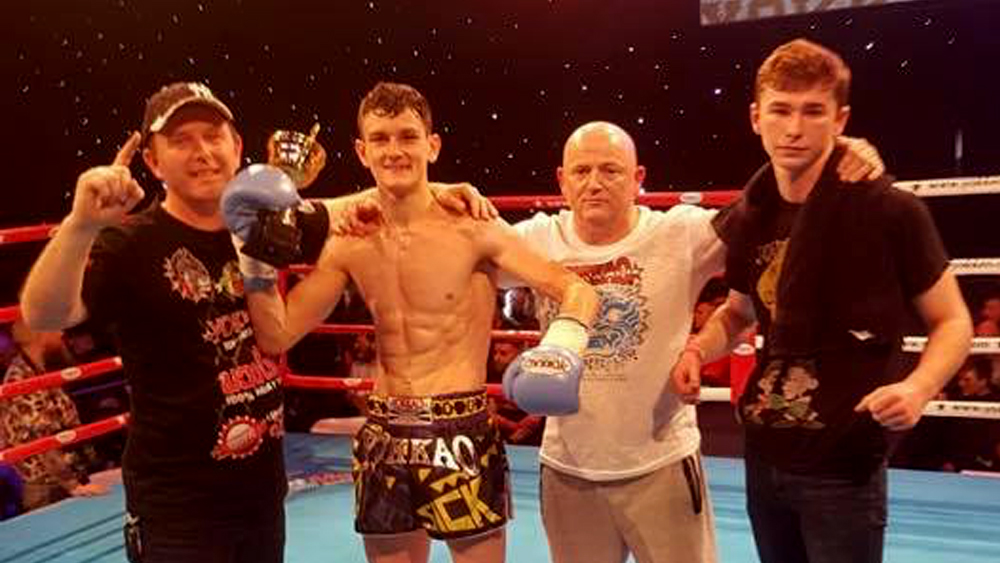 Current UK 58.9kg #9 Stuart Stabler and 61.2 #7 Anton Austin kicked off the YOKKAO 37 card earlier with an exciting bout with elbows flying from the first bell.

Both fighters scored some heavy shots early on, with Anton upping the pace early with his unorthodox style, throwing upwards and spinning elbows, but failing to land any real clean strikes.

In the third round, Stabler was able to catch a spinning attack from Austin and countered with a straight and left hook which dropped Austin for the count.

YOKKAO referee Jesse Saunders reached the count of 10 as Anton jumped to his feet, but it was just too late and Saunders called off the fight, much to Austin’s dismay.

After the bout, Stuart Stabler took to social media to thank everyone for the support.