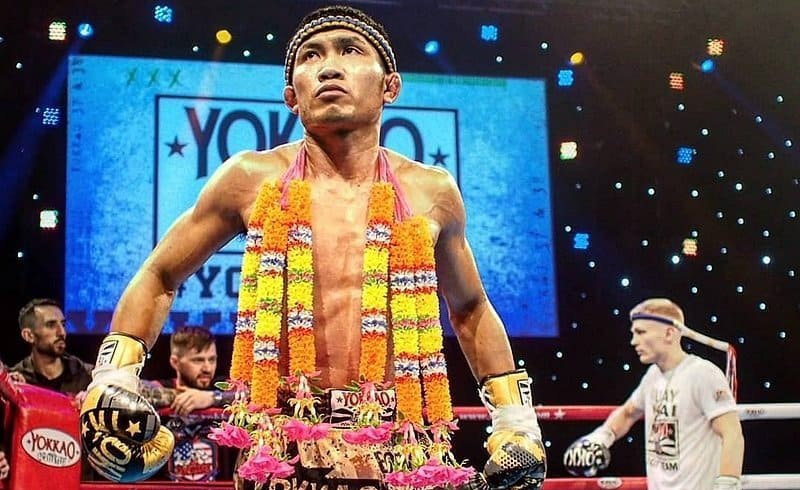 One of Thailand’s greatest Muay Thai fighters, Superbank Mor.Ratanabandit, is set to return to the ring for the first time in over a year, next week at Muaythai Iyarin presents Suk Muay Femur.

The former Rajadamnern Stadium and Lumpinee Stadium champion, also known as Superbank Sakchaichote, has only made two appearances in over two years.

He lost to fellow-Thai Khumsab at MTGP 32 in Australia in November 2019 and suffered another defeat to Fonpanlan in his last appearance at Lumpinee Stadium in February 2020.

The highlight of his career is without doubt the success he had between 2010 and 2014. During this time he won two Rajadamnern Stadium titles and a Lumpinee Stadium title, all at different weights.

During this period, he had a huge success rate, defeating many of Thailand’s best Muay Thai fighters. Phet-U-thong, Thanonchai, Superlek and Sangmanee are just some of the fighters he held victories over during this time.

Superbank is known for his Muay Femur fighting style. A Muay Femur is an artful fighter with a high ring IQ. Often evasive and technical, a Muay Femur fighter possesses masterful knowledge and use all weapons of Muay Thai with precision.

This beautiful and artful fighting style will be the highlight of the brand new Suk Muay Femur event presented by Muaythai Iyarin.

The event will air on Saturday 10th July on the Muaythai Iyarin app, and will feature many fighters known for their beautiful Muay Femur style including Lerdsila, Paloma Arranz, Lisa Brierley, Pongsaklek and many more.