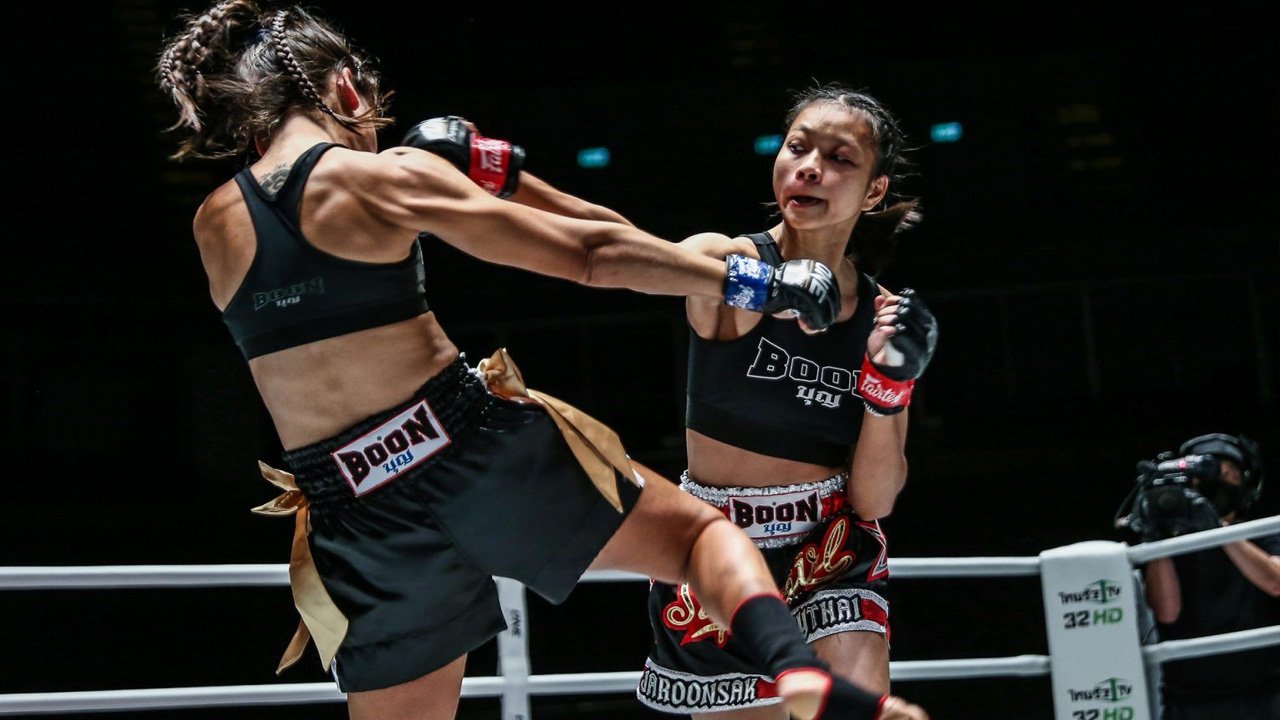 Thailand’s female Muay Thai prodigy, Supergirl JaroonsakGym, is set for a return to ONE Championship in January 2022.

In September 2021, Supergirl made history by becoming the youngest ever fighter to compete in ONE Super Series.

At the time, the younger sister of Wondergirl was just 16-years-old when she made her debut.

After an explosive knockout debut win over Milagros Lopez in Autumn last year, Supergirl has been eagerly awaiting her next bout in ONE Super Series.

According to an official release from BangkokPost, Supergirl and Ekaterina Vandaryeva will meet in an Atomweight Muay Thai bout.

The pair will clash at ONE Championship’s first event of 2022; ONE: HEAVY HITTERS, taking place in Singapore, on Friday, January 14.

Belarussian, Ekaterina Vandaryeva, is no stranger to the ONE Championship circle.

She made her ONE Championship debut against Janet Todd back in October 2019, losing via a second-round head-kick.

She would then make her second appearance in ONE Super Series, when she faced Strawweight contender, Jackie Buntan; teammate of Janet Todd.

Despite moving up in weight to meet Buntan, she fought a tough battle over three-rounds, losing out on a narrow majority decision.

She will now move back down to Atomweight to challenge knockout-artist Supergirl JaroonsakGym, when they meet at ONE: HEAVY HITTERS on Friday, January 14.