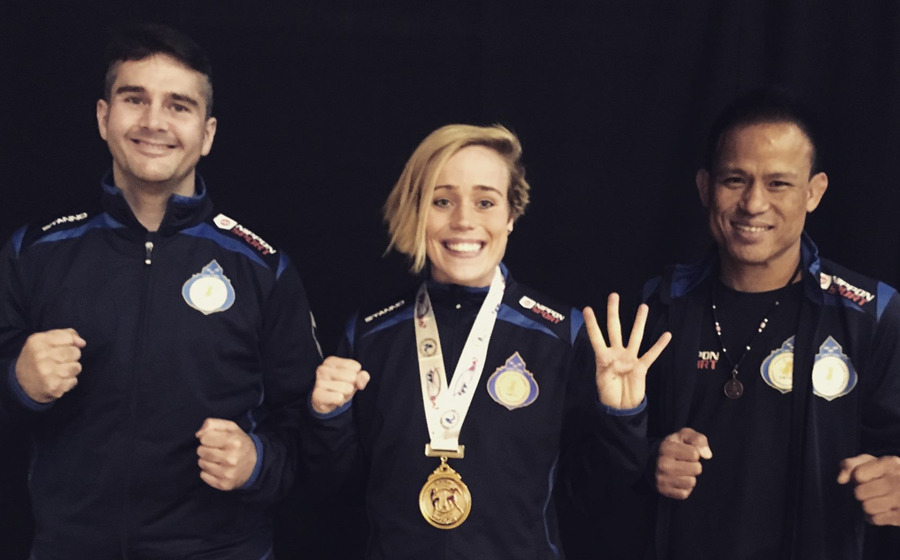 The Swedish Muay Thai National championships is back for the annual event this weekend.

The tournament, which takes place over three days, will be live stream on pay-per-view via FITE TV.

This year, we have more than 80 Swedish Muay Thai fighters competing across 18 different weight categories.

Tournament winners often go on to represent the national squad at IFMA European and World championships.

Many of those have earned medals at the IFMA tournaments and positions in the IFMA/WMC World rankings.

Here’s six World ranked Swedish Muay Thai fighters who will be in action this weekend at the SM Championships.

This year he will move up from his usual -57kg category to compete in the -60kg category, but can he remain unbeaten at domestic level and earn a third National championship?

Odenplan Fightgym’s Patricia Axling will need little introduction. The Swedish Muay Thai star is bidding for her sixth-straight National championship, having won gold five times in a row between 2016 and 2020.

Emma Stonegård is a two-time Swedish National champion, having won the title in both 2019 and 2020. She will be looking for a third consecutive National championship when she enters the -67kg category again this week.

Stonegård is also a 2019 IFMA World championship Silver-medallist, and despite the loss at the IFMA World and European championships in 2019, she’s beaten many of Sweden’s best female Muay Thai fighters, including Erica Björnestrand and Angela Mamic.

Did you know?
When viewing fighter profiles, you can tap the name of an opponent in a fighters’ fight history to go direct to that fighters profile. Sign-up to get your access.