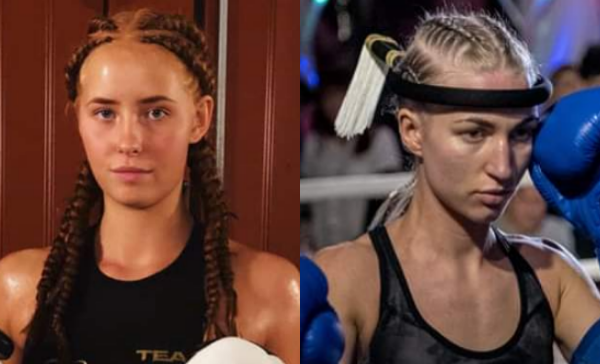 Two of Sweden’s top female flyweight fighters will face each other this weekend at TMT Fightday 2 in Tullinge on Saturday as Southside Muay Thai’s Lisa Mattsson takes on unbeaten fighter Johanna Persson of Gefle Fight Camp in Gävle.

Just two-weeks after maintaining her unbeaten record with a win over Saddiqa Tanveer at Valkyrie Fights 2 in Oslo, upcoming talented fighter Johanna Persson steps back in the ring this weekend for the bout against Lisa Mattsson at TMT Fightday 2.

Coming off a loss to Tove Brodin at Lion Fight 59 in Gothenburg just a few weeks ago, Southside Muay Thai fighter Lisa Mattsson will be looking to get back to winning ways and put an end to Johanna’s unbeaten record this weekend.

Just one year into her fighting career, Johanna is slightly less experienced than her opponent, but she has been unstoppable since making her debut in 2018, notching up seven-straight wins against notable opponents such as Odenplan Fightgym‘s Sofia Holmer and other top Scandinavian fighters, with four of those victories coming by way of stoppage.