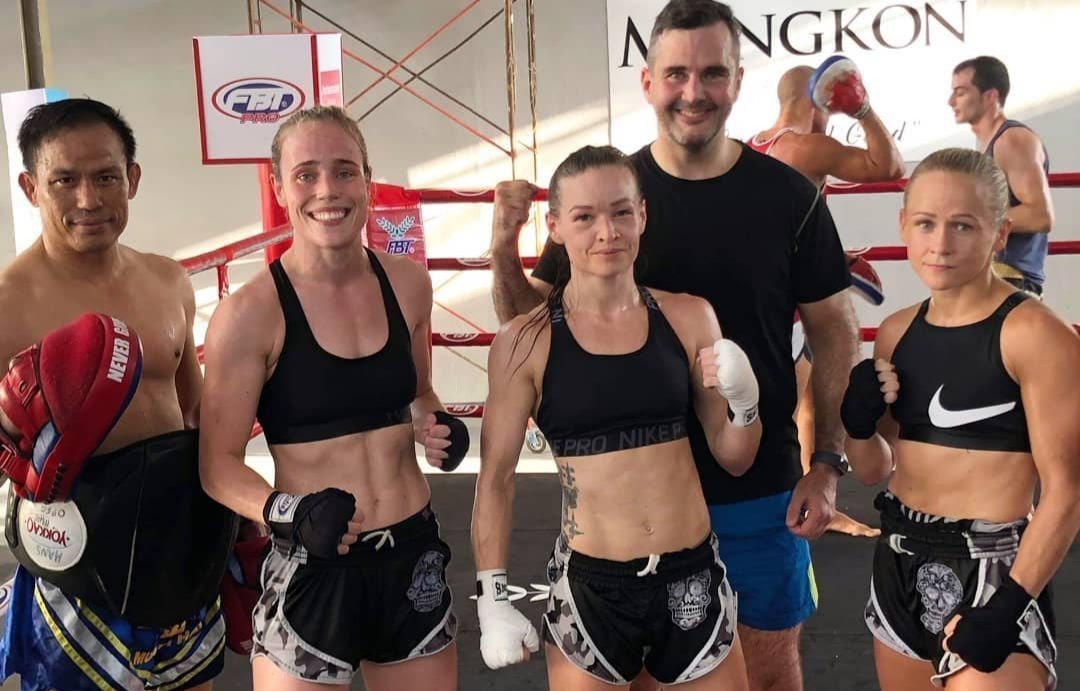 The 2019 IFMA European Championships kicks-off in Minsk today, and the Swedish National team bring a strong squad of no less than 12 athletes to this years tournament.

Did you know?
When a fighter name is highlighted in red, subscribers can click the name to show their fighter record and profile.  Sign-up here to get your access.

With the likes of GLORY Kickboxing star Sofia Olofsson, 4 x IFMA Champion Patricia Axling, rising star Nicholas Bryant among many other top stars, the Swedish team have a strong case to top the medals chart at the European Championships in Belarus this week.

2018 European Champion Angela Mamic kicks-off her campaign against Finnish foe Anna Rantanen on Thursday. The pair met in the finals of the IFMA World Championships in Bangkok earlier this year, with Rantanen taking the gold by unanimous decision.

Four-time Swedish champion Camilla Danielsson enters the -45kg category with just three other athletes. Earlier this year, the Swede beat Belarusian Svetlana Spetsyan in the finals to claim the gold, and opens her European Championships against the same opponent on Thursday.

Camilla’s Odenplan Fightgym team-mate Jessica Pettersson, a 2018 gold-medalist, starts her campaign in the -48kg division with a by to the semi-finals on Friday. She will face the winner of Anastasiia Kulinich and GLORY fighter Funda Alkayis before hopefully moving onto the finals on Sunday.

Emma Stonegard is also competing in the semi-finals of the -67kg category on Thursday. The 2019 IFMA World Championship silver-medalist was beaten by Turkey’s Bediha Tacyildiz in the final, and will get her chance at redemption when she faces the Turk in the semi-final this week.

2019 IFMA World Championships bronze-medalist Nicholas Bryant burst onto the scene when he beat former champion Wiwat Khamtha in the opening round in Bangkok earlier this year. He enters the -60kg division in Minsk this week, where he faces Frenchman Celestin Mendes on Tuesday.

See the full event schedule and the full list of 12 Swedish athletes, including others such as Marcus Kenstam, Sara Matsson, Ewin Ates and more on he RSportz IFMA Live website.