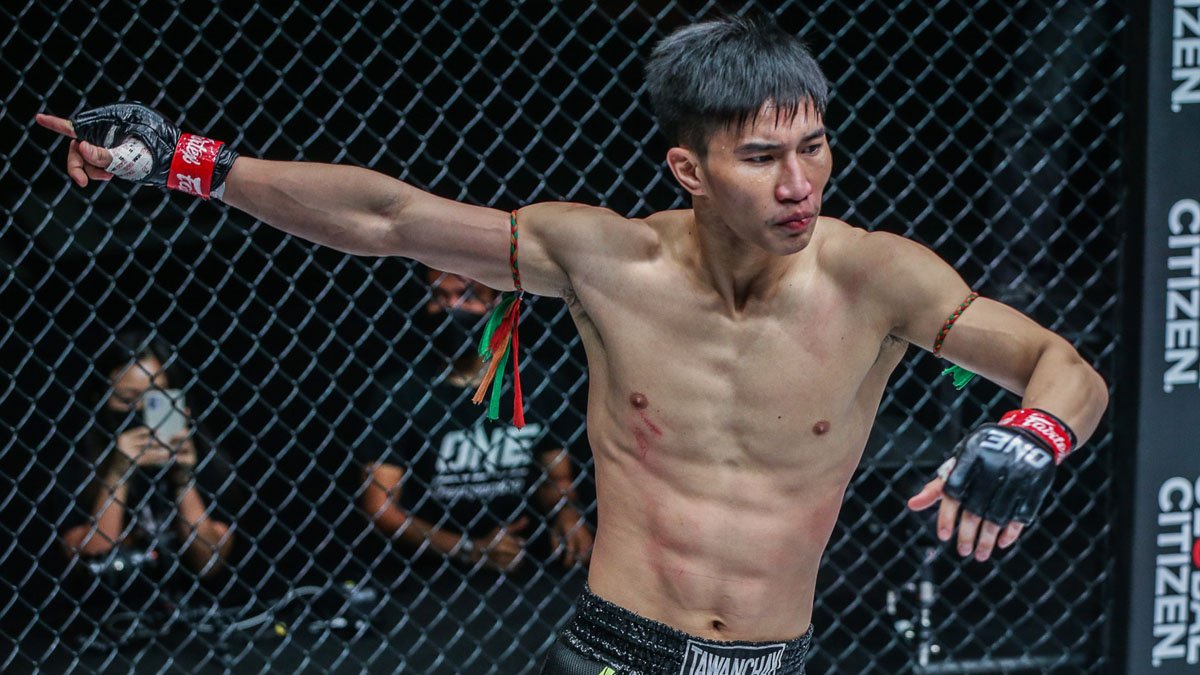 Tawanchai reacts to result against Niclas Larsen at ONE 158

Tawanchai P.K.Saenchaimuaythaigym (ตะวันฉาย พี.เค.แสนชัยมวยไทยยิม) defeated Niclas Larsen with a second-round knockout at ONE 158. The victory earned him a title shot at the current Featherweight Muay Thai champion, Petchmorakot.

The “Left Star” now improves to 3-1 in ONE Super Series. Despite the loss to Sitthichai Sitsongpeenong, all three victories have come by way of knockout.

The 2018 Sports Authority of Thailand Fight of the Year made his ONE Championship debut just over a year ago. On that occasion, he dismissed Irish Bantamweight, Sean Clancy, with a vicious head-kick knockout.

He then went on to face fellow-Thai, Sitthichai, in a Featherweight Muay Thai clash in August 2021. The former GLORY champion was the better man on the night however, earning a narrow split-decision win.

In January 2022, Tawanchai returned to Bantamweight to face Saemapetch Fairtex. Despite weight complications, the bout went ahead at a slightly higher weight. Tawanchai won the bout via first-round knockout and later addressed the weight issue, claiming he will move back to his more natural weight of Featherweight.

On Friday, June 3, Tawanchai faced ONE Super Series debutant, Niclas Larsen, in a Featherweight World title eliminator bout. He looked in sensational form as he dropped the Danish fight in the opening round. Pushing Larsen back with multiple strong teeps, Tawanchai finished his opponent in the second round with a jab, straight-left combination.

In the post-fight interview, Mitch Chilson confirmed Tawanchai had earned his shot at the champion, Petcmorakot. He also announced Tawanchai’s knockout victory had earned him a $50,000 bonus.

Tawanchai reacts to result against Niclas Larsen at ONE 158