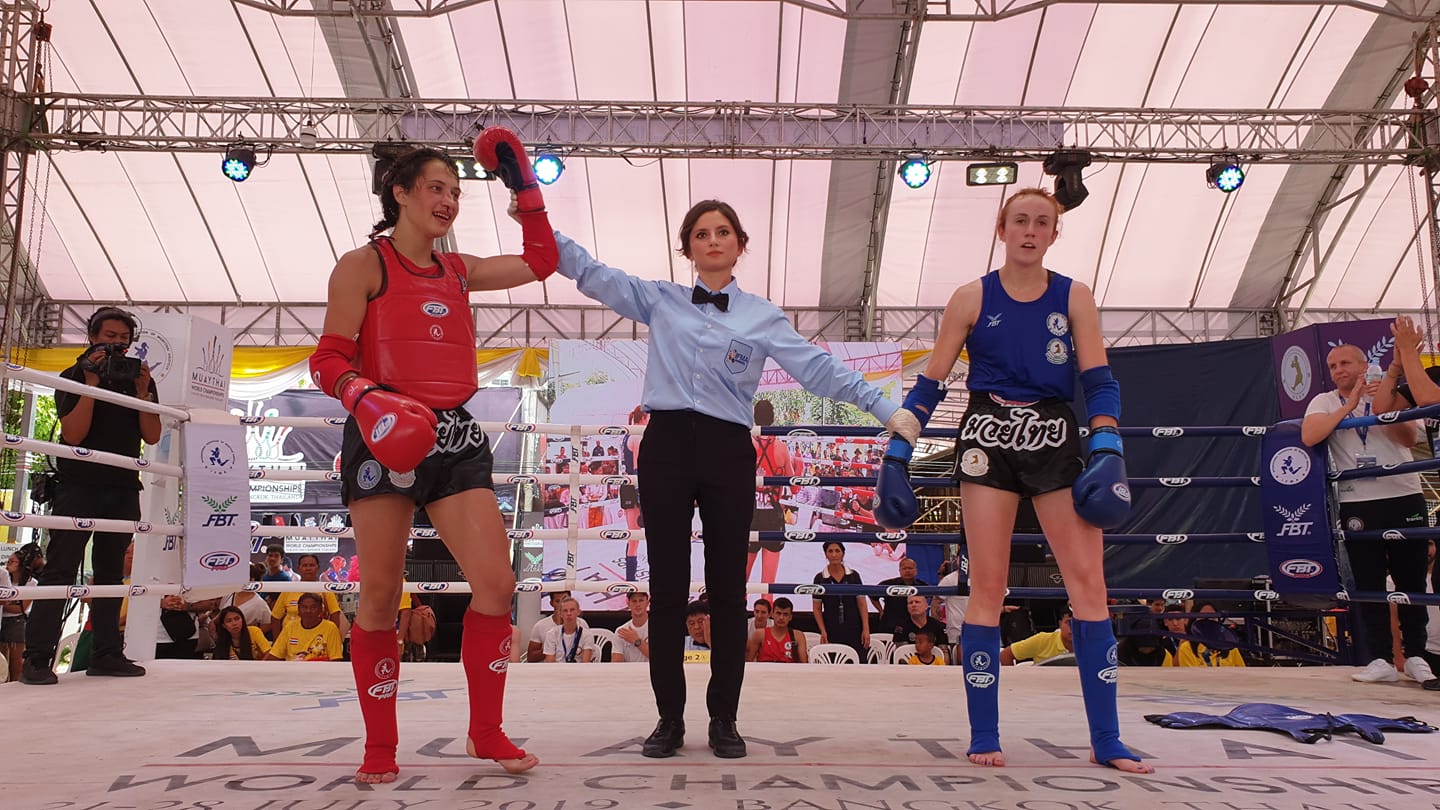 Team GB’s Dani Fall walked away with silver after a 29-28 loss to Russia’s Ekaterina Popova in the final in Bangkok earlier today.

Dani, who was representing Team GB for the first time at this year’s World Championships, finished the fight with a strong third round, but after a narrowly losing out to the Russian in the first two rounds, it wasn’t enough to earn the win, losing by one point on the three judges scorecards.

After three tough challenges this week, the UK #2 and WBC European champion has proven she is capable of competing at World level, and with a silver medal in her first IFMA World Championships, the future looks bright for the Team GB national, Dani Fall.

After the bout, Dani took to social media to reflect on her performance and experience at the World Championships this week;