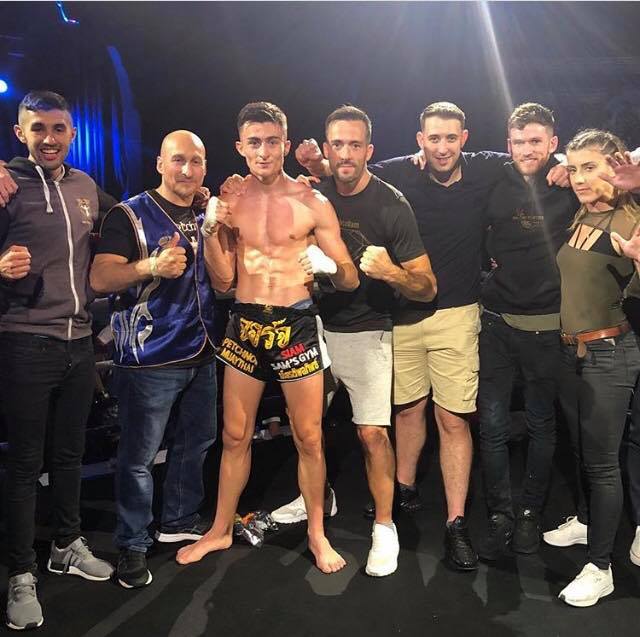 Thai Warriors is Petchnoi’s home show and is always one that delivers a fantastic evening of Muay Thai action. Based in Leamington Spa, the event had a brilliant headlining bout of George Mouzakitis vs Yousef Bougar in a 61.5kg A class bout.

A crazy amount of talent was on this event and Scott Robinson spoke with Fight Record and said, “the highlights of the event on a personal note for me was the performance of my own fighters. They all trained really hard and it paid off on the night.” With 5 fighters on the event and taking back 5 wins, it was a good night at the office for Petchnoi.

Every event isn’t without its hiccups, Robinson said, “the event ran well. We know the venue that was the 5th show we’ve done there so we have it set it in no time.” Having a good solid routine when you get to a venue and getting a slick operating rhythm is key to a smooth-running night, he went on to say, “the staff were excellent as usual. The officials did a great job we didn’t have any complaints with decisions. We actually got let down by the doctor the night before the event, but the medical team were able to cover it on short notice.”

With a stacked card on offer for the crowd at The Assembly Rooms it was evident that it would be a difficult choice for Robinson to choose a favourite fight of the night but when asked he mentioned, “I would say the last 3 A class fights stood out for me. All international bouts Luke Hill, Dani Fall and George Mouzakitis fighting strong fighters from Spain, Italy and Sweden.”

With the UK being plagued with pull-outs at the minute, finding yourself a reliable workforce and gym network who can support you with fighters is largely part of the battle, but Robinson commented on this matter, “Every show is a learning curve and there is always things we would like to improve on from each event. We work with some excellent gyms across the UK. From show to show you get to know the reliable gyms and that makes it easier for the next shows.”

Obviously, running a show is more than just a one-man band and it takes a lot of work to put one together, Robinson, with the help of many other wanted to thank, “I’d like to thank Macauley Coyle for all the work he puts into the show with me. The sponsors and staff that helped with the event. All the fighters and coaches that supported us and everyone who bought a ticket to support the show.”

There will surely be announcements coming up for the next Thai Warriors show and Fight Record chatted with George Mouzakitis after his fight and will be posting the interview in due course so watch out across social media for that dropping.