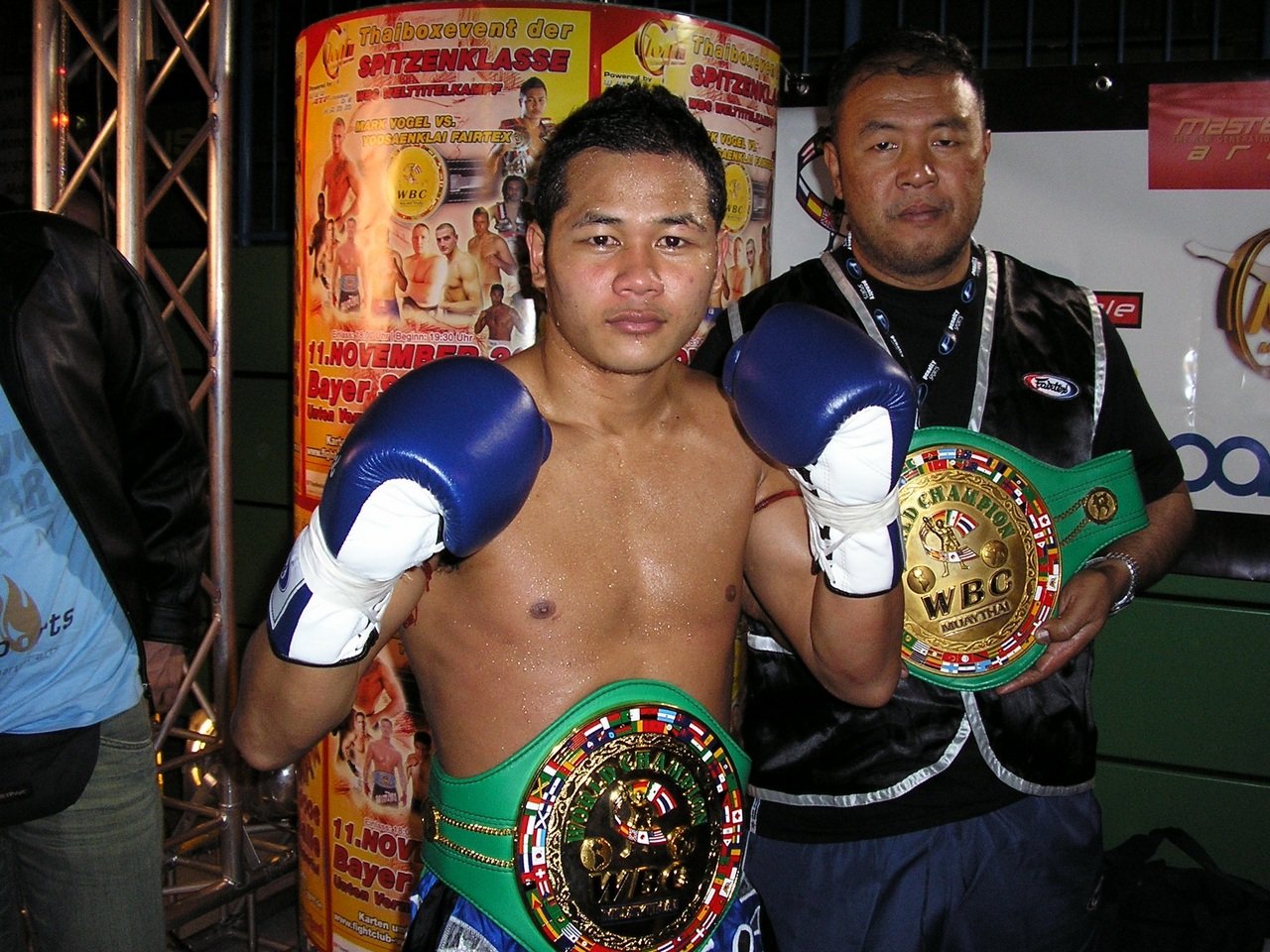 The World Boxing Council (WBC), which is one of four major governing bodies in professional boxing, launched their own Muay Thai branch in 2005.

Since then, the WBC Muaythai have certified World Championships in 19 different weight classes, ranging from Mini-Flyweight all the way up to Super-Heavyweight.

This week, we take a look back at the entire history of the WBC Muaythai Super-Welterweight World title.

Yodsanklai would go on to defend his WBC Muaythai World title twice. Firstly, he defeated Mark Vogel via elbow knockout in Germany on 11th November 2006, and beat fellow-Thai Malaipet TeamDiamond via doctors stoppage in Jamaica on 20th June 2008.

After an extended period of no defences, the title was then vacated in 2009.

Over two years later, on 6th June 2012, Asumu Osa lost the title in his first defence to Kem Sitsongpeenong in Nonthaburi, Thailand.

Shortly after this bout, Vitaly was declared “Champion in recess” and the belt was later vacated.

Once again, the title was vacated after a almost two years with no title defence.

On Monday 27th August 2018 at Rajadamnern Stadium, the vacant title was contested between Manaowan Sitsongpeenong, who was a former WBC Muaythai Welterweight World champion, and Noppakrit Gor.Kampanart, who was a late replacement for Canadian fighter Anthony Ford. Noppakrit won the bout after a hard fought five rounds.

Though the title was vacated again in 2019, it shortly returned to Thailand as Satanfah Rachanon defeated Australia Chadd Collins to claim the WBC Muaythai Super-Welterweight World title at Lumpinee Stadium on 9th September.

In his first defence, however, Satanfah Rachanon lost the title to fellow-Thai star Yodwicha Por.Boonsit in their bout at Authentic Mix Martial Arts in Phuket, Thailand on 23rd February 2020.

Yodwicha, who is undefeated in almost 30 fights since 2016, became the eighth and current title holder of the WBC Muaythai Super-Welterweight World championship.