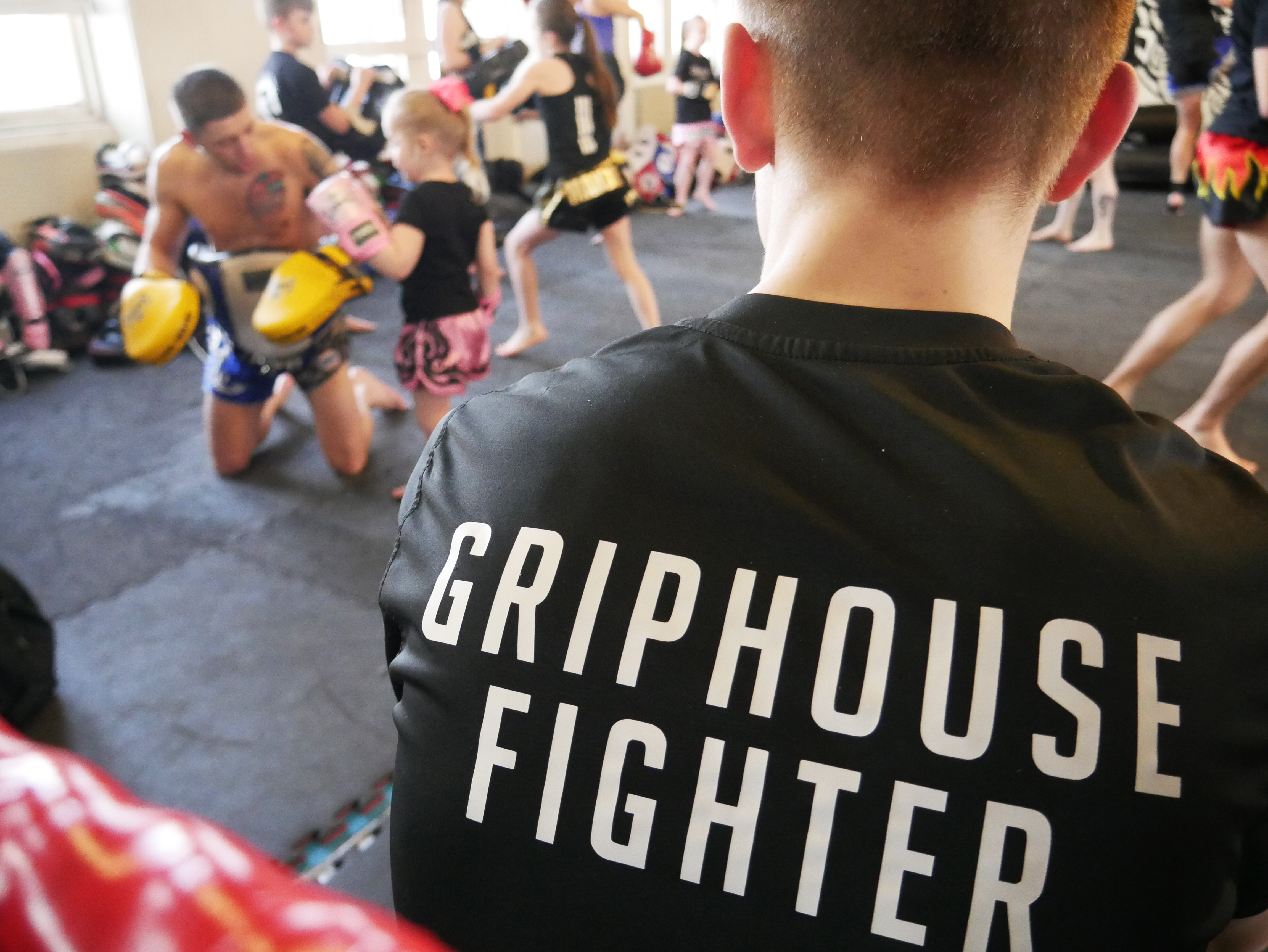 Today marked the fourth gym visited by Fight Record. This time was Glasgow based gym, The Griphouse. It is becoming a recurring theme that everyone is such a delight to work with and this time around was absolutely no difference. Guy and his team were very easy to work with and made our job so easy.

It was an early start, the train was booked for 6.20am so it meant waking up around 5 am to get showered, sorted and through to Newcastle to begin the 3-hour journey to the Western Lowlands of Scotland. Having never visited Glasgow before it was a lovely city to walk through and see some sights on our way to The Griphouse which is a 20-minute walk away from the Queen Street station.

When we arrived, we climbed the dreaded stairs and was looking for the instantly recognisable eagle that is painted on the wall. We were there. It was around 9.40am when we finally arrived, and the gym was already filling up ready for the 10 am class to start. Guy had welcomed us into the space and introduced himself and asked us how the journey was etc. His energy was instantly something that I picked up on. It was a great vibe that I got from him in that it was very upbeat and proactive in his approach to things.

He asked us what sort of space we needed to be able to do what we needed to, and he allocated us the ring area which kept us nice and sectioned off in a space that we were able to complete the work that was required. The routine is now very fluid. Every step of the process is very well oiled and slick, the fighters were on a conveyor belt into the ring, get the photos done, on to the laptop to enter their details into the database.

Keith McLachlan was there and helped Fight Record manage the fighters that were in the gym at the time. Calling the next fighter to the ring to have their moment in front of the camera. There weren’t as many fighters there as we had hoped but some of them were fighting that evening on the Rama event and some of them had previously fought the week before so were taking some time off. Guy said that it would be difficult to pin them all down at any one time.

All in all, the experience was very good. Everyone there was well receptive of what we were up to, got a good interview done with Keith who will be headlining Yokkao next month against Jonathan Haggerty and met some awesome new people along the way too. Next gym already secured so make sure you are keeping a track on the Fight Record social media to keep up to date.

Thank you to all at The Griphouse for being some hospitable and if you’re in the Glasgow area and need a place to train, this gym is a definite recommendation. Great facilities, great people and fantastic atmosphere. Very friendly and hugely knowledgeable.