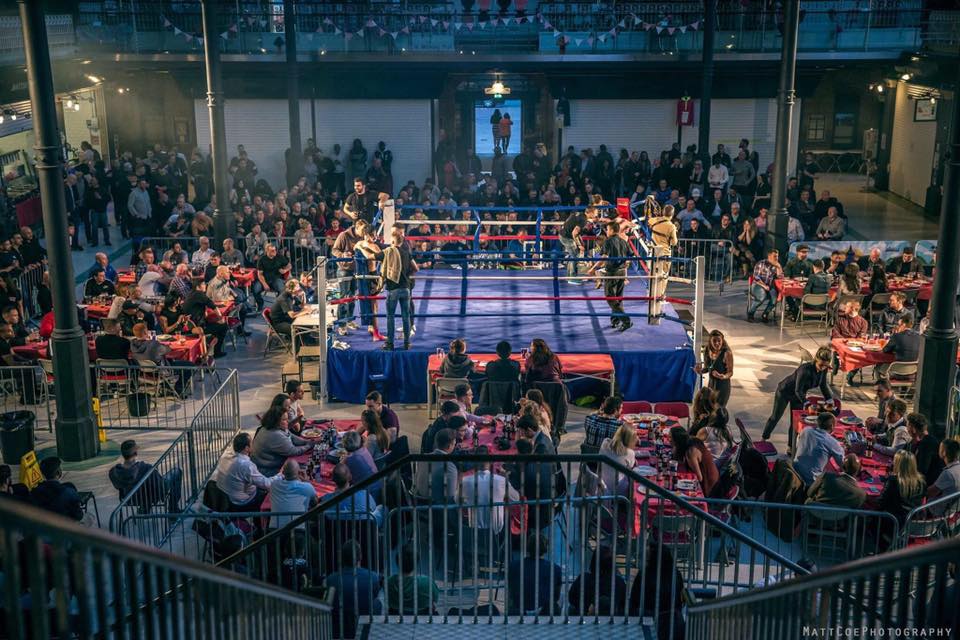 This weekend marks a very exciting weekend of fights happening all over the country. With 4 events

featuring some of the top names in the world when it comes to Muay Thai and Kickboxing. Ballroom Blitz is taking place in the north of the border in Aberdeen. With a card stacked full of talent, boasting 11 fights ranging from juniors and C-Class bouts right through to Full Thai Ruleset A-Class bouts.

With four titles up for grabs, this event will be sure to deliver a fantastic night of Muay Thai action. Justine Elrecka will be defending her STBA Northern Area title against Shelley McDonald from Aberdeen Muay Thai in a 53kg Pro-Am match up. Chris Batty, current STBA champion will be defending his title against, Aberdeen Muay Thai’s John Wedderburn in a Full Thai Rules match up set for 5x3min rounds. Dawid Nowak from Glasgow Fitness will be challenging current UKMF Super-middleweight champion, Keith Middleton in an A-Class matchup, set at 76kg.

The main event of the evening is Pete Scott from Aberdeen Combat Centre against, Andy Docherty for the vacant UKMF Featherweight title. Matched at 57kg and set for 5x3min rounds, these two hungry fighters will be raising the roof at Aberdeen Beach Ballroom. Tickets are priced at just £30 and will be available on the door.

With the doors opening at 6 pm, the team at Muay Thai Showcase have an absolute monster of a night prepped and ready for tonight’s event. With two titles up for grabs, the Golden Belt British title and the UKMF English title it brings some top-level fighters together with some of the best talent there is in the Burton-upon-Trent area.

Derek Bramwell from Pra Chao Suua will be competing against Jack Cooper who will be travelling down to Burton Market Hall all the way from York under the watchful eye of, Rich Cadden. This fight will be matched at 68kg and will be under the A-Class rule-set. Competing for the Golden Belt British title and for the number three spot in the UK Thai Fighter rankings. Derek Bramwell is currently ranked #9 and will be looking to take Jack’s #3 spot from him as well as the title that is on the line.

The UKMF English title will be on the line for Josh Hill and George Carter in the main event of the evening. With these two warriors matched at 63.5kg, the two will be going to war to compete it out for the highly regarded UKMF title. In a highly competitive division in the rankings, these two will be looking to break their way into the top 10 and work their way up!

Priced at just £25 per ticket, they will be available on the door and will be sure to bring a night of highly entertaining bouts. Be sure not to miss out!

Thai Warriors will be returning for their sixth instalment in Leamington Spa. This event is going to be absolute fire. With a 17-fight strong card, featuring 3 A-Class bouts, 4 B-Class, 3 Pro-Am bouts and 7 C/N-Class bouts, it has a full range of talent featuring on the loaded card.

After her dominant win in Roar Combat League earlier in the year, Dani Fall is back representing Reaper gym, taking on Antonia de Mare in a 50kg A class bout. De Mare is flying in from Italy to put on a show for the crowds. Fall has been really going from strength to strength really since making the transition into Full Thai Rules (FTR).

In a super middleweight contest, Spaniard, Christian Vasile will be playing the Pro-Am game against Lee Johnson from Red Diamond. The main event of the evening will see the return of George Mouzakitis taking on Swedish fighter, Yousef Bouagar in a 61.5kg A-Class bout.

With the doors opening at 3 pm and tickets priced at £30 they will be available at the door. There will be a collection for the Mighty Magnus Fund at the entrance of the venue and during the interval. The event organiser said to Fight Record: “He’s a school friend of my sons who has got neuroblastoma. They’re trying to raise money towards his medicine as it’s a rare form of cancer and is not funded in the UK anymore. Probably best to go on to the Facebook or just giving page his family have put up all the information”

Fight Record would like to wish all the fighters the very best. Wish the fighters a safe fight, the event organiser’s a successful night’s action and the crowds a highly entertaining night of fights. All the hard work is done now, work hard, play smart but most of all, have fun in there!