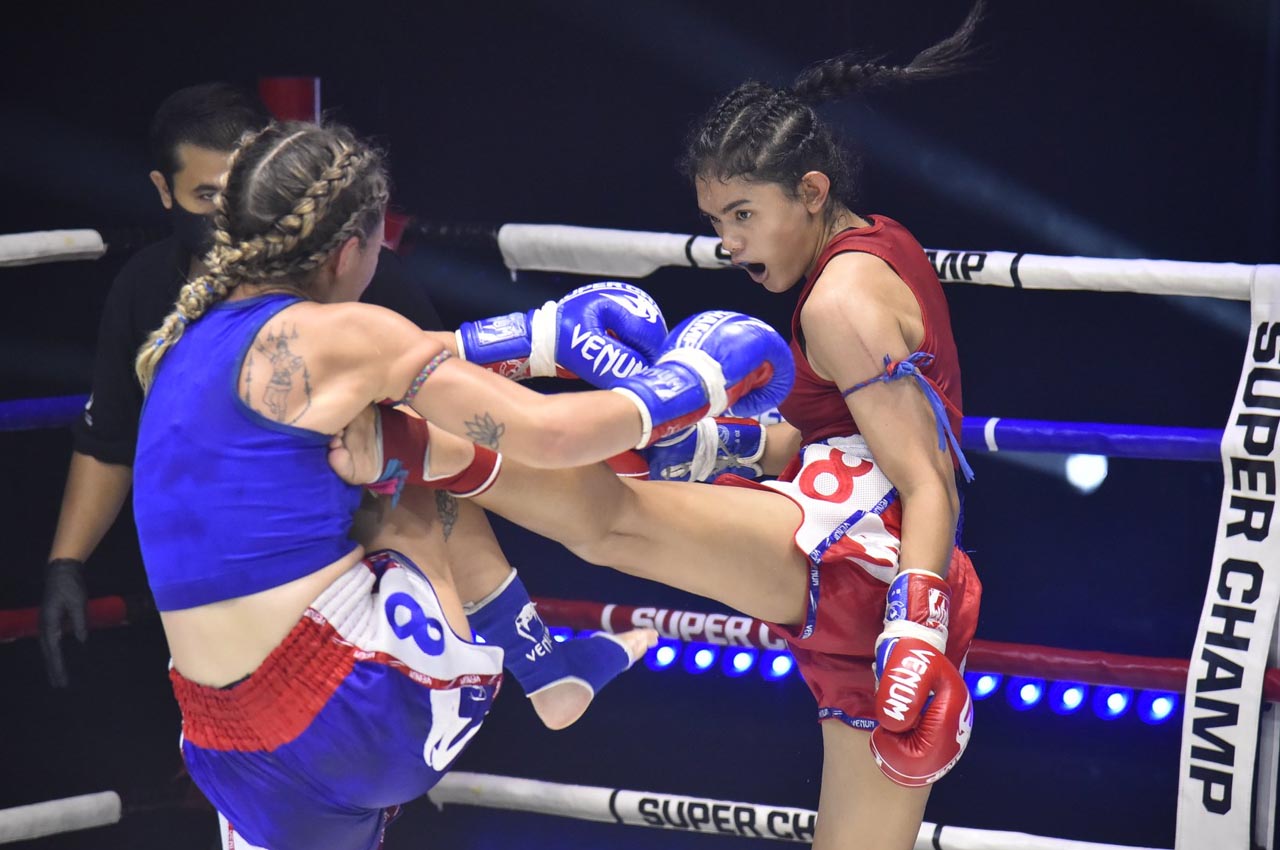 In addition to those, the new weekly all-female Muay Thai event in Korat also takes place this Sunday.

Here’s out top 3 picks for female Muay Thai fights to watch this weekend;

Nongpraylek and Brazilian female Muay Thai fighter Mariana are set to clash in a rematch this Sunday.

The last encounter between the pair was just three weeks ago, which ended in a draw.

After five fights without a win – three of those resulting in draws – the Brazilian will be going all-out to get back in the win column this weekend.

Barbara was in incredible form throughout 2020, going on a long win streak at Muay Hardcore before a loss to Petchjeeja at THAI FIGHT Begins and draw against Nongbew Tor.Thepsutin.

She kicked-off 2021 with a knockout win over Kwanjai just three weeks ago and will now face a huge challenge against Sawsing Sor.Sopit.

With just one defeat (Smilla Sundell) in her last seven appearances, Sawsing has beaten the likes of Malena Garcia, Ruslana Vyniavskaya and Erin Kowal.

Thai phenom Petchjeeja is back at THAI FIGHT this weekend. Known for fighting boys when she was younger, Petchjeeja is considered one of the greatest female Muay Thai fighters today.

Despite three straight victories over foreign opponents at THAI FIGHT in 2020, Petchjeeja will face a domestic opponent in Aida this Saturday.