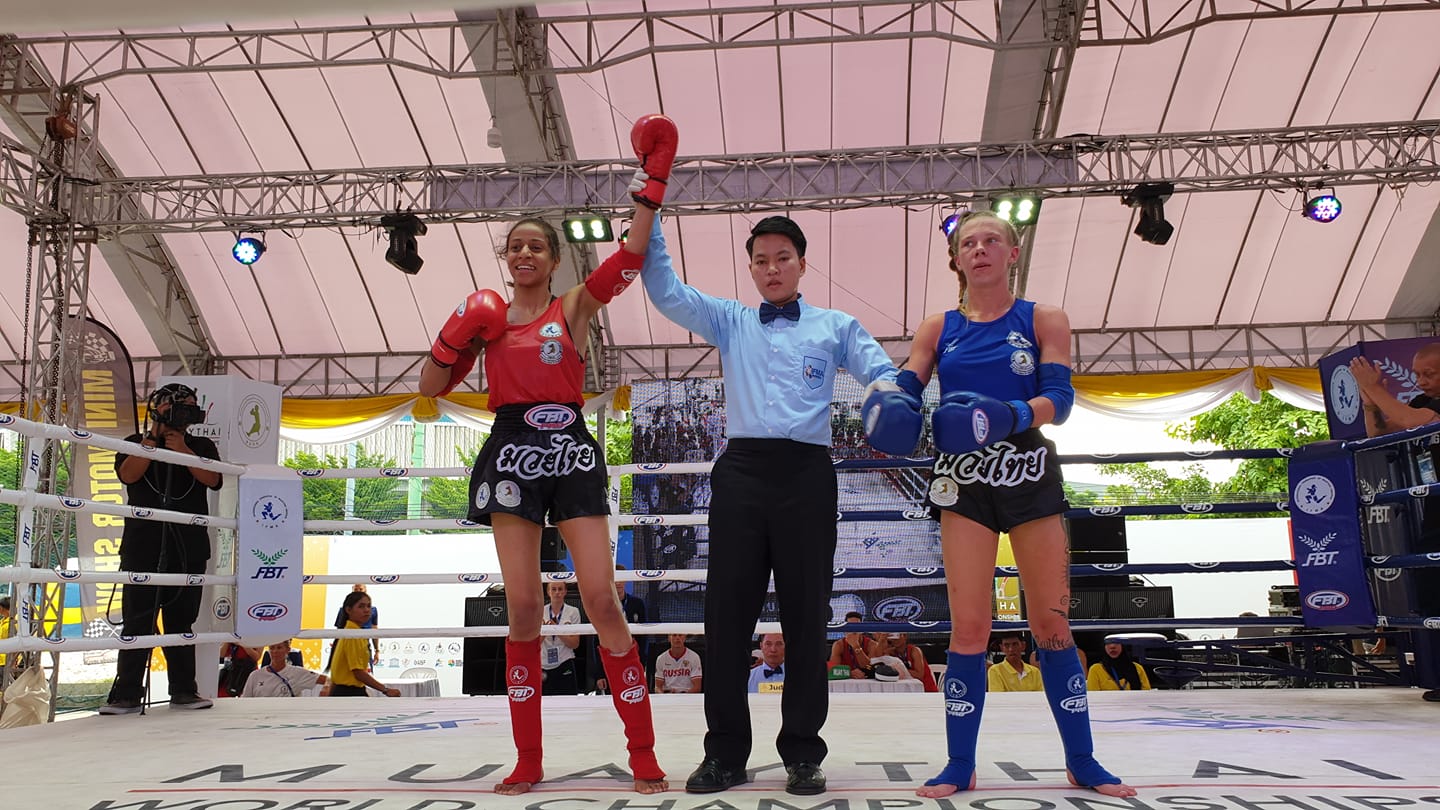 On Wednesday, Team GB had three of their four athletes competing at the IFMA World Championships, as Leigh Newton, David Sinclair and Michael Bradbury were all in action in Bangkok.

The height advantage of the Moroccan played a part as she used her long legs to teep Leigh and close her down with combinations. Leigh came back with a strong final round but it wasn’t enough to sway the judges, who scored the bout 30-27 in favour of Belouarrat.

Michael Bradbury was next in Ring A. After a third-round stoppage win in the first round against Kazakhstan’s Yevgeniy Zimin yesterday, Bradbury was up against Macedonian Boban Ilioski today.

Knowing there was potentially another three fights in the competition, both fighters seemed to come out with urgency, landing some heavy combinations, but Bradbury got caught with a 1-2 combination which caused a nose bleed that was enough for the doctors to call the fight off.

Coming into his first senior championships, Scottish fighter David Sinclair was up against Uzbekistan’s in the first round of the Competitive Class -63.5kg category and was unlucky to lose a very close decision against a 19-year-old Jasurbek Khaliljonov.

With the three Team GB athletes all crashing out of the tournament today, it leaves only Dani Fall left to represent the UK at this years’ World Championships.

She will face Finland’s Sanni Nurminen in the semi-final of the Female Competitive Class -54kg category on Saturday.