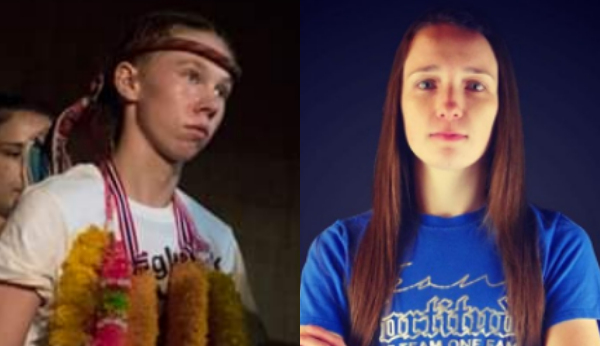 This Saturday, Muay Thai Grand Prix arrive in Manchester for the first time for MTGP 27 with a stacked card full of top UK and European talent.

Having quickly become known as one of the biggest Muay Thai promotions in Europe in recent years, spreading across France, Greece and Bulgaria, MTGP now showcase their event to the north of the UK at the 4,500-max capacity BEC Arena in Manchester.

On the bill of huge fights, which includes top stars such as Jack Kennedy, Ricky Sewell, Jack Cooper and many more, we also have a highly-anticipated female 48kg match-up between north-east’s Leigh Newton and Liverpool’s Becky Caslin.

With a lack of domestic competition at 48kg, these two are considered the best in their weight category, and having been scheduled to fight twice previously, the fight finally happens this Saturday at the BEC Arena in Manchester.

Originally scheduled for a fight in Liverpool early last year, it was Becky who made the decision to withdraw from the contest due to academic commitments and not being able to train 100% for the fight.

The fight was rescheduled for Victory IV in December, whoever due to an injury suffered in a preceding bout, it was Leigh Newton who was forced to withdraw on the second attempt.

Since then, Becky Caslin has beaten Swedish Champion Jessica Pettersson and Leigh Newton has been reselected to represent Team GB at this years IFMA’s, and now they are scheduled for a third time to face each other to finally decide who is the best in the UK at 48kg.

Who do you think will win this? Let us know in the comments below!