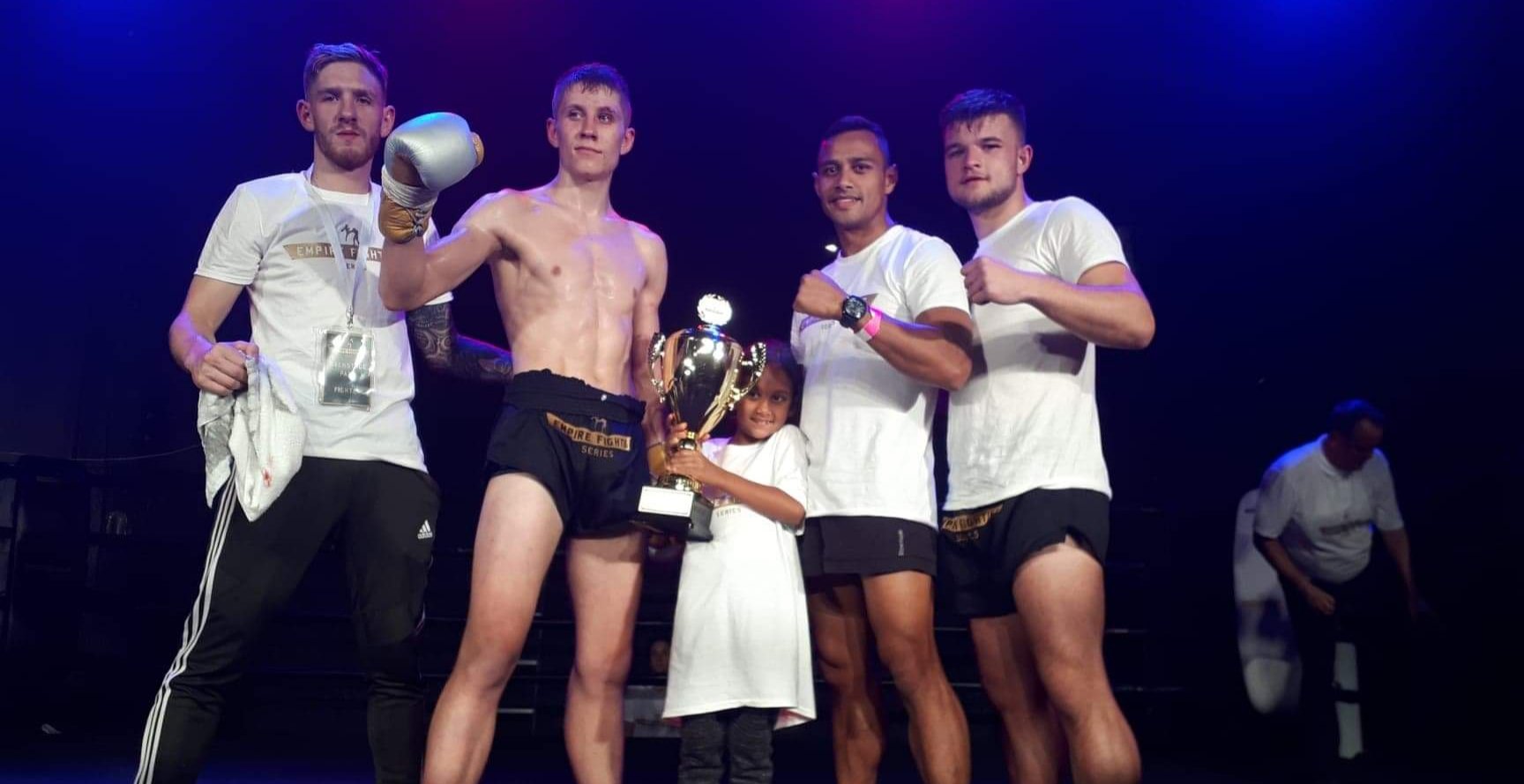 Last night, three of the UK’s top talents took on international opponents at the huge Empire Fighting Series in Stockholm. Jack Kennedy, Ricky Sewell and Dan Butler were all in action on a huge night in front of the Swedish crowd.

UK #3 Jack Kennedy kicked-off the main card against Finland’s Kari Viinikainen in an entertaining three-round bout. The Finnish fighter was having a bit of success landing punch combinations in the first round, but Kennedy walked him down through the fight, landing kicks to the body and engaging in the clinch.

In the second round Kennedy’s size and strength became more apparent as he continued to land knees and vicious elbows. A more dominant third round was enough for the UK star Jack Kennedy to take home a unanimous decision win.

Ricky Sewell was next up against Shwana Kadirzana in another international prestige bout. After returning from three-years out of the ring earlier this summer, UK fighter Ricky Sewell looked composed as ever with a fairly even first round.

However, the Swede caught Sewell with a push-kick to the lower-abdomen which looked painful as he fell to the floor for an eight-count. After continuing the fight, the Swedish fighter targeted the weakened body and another strike to the same area was enough to stop the fight in the second round.

All Powers young talent Dan Butler faced another Swedish fighter Anton Sjoqvist in the main event in a highly technical and entertaining bout to finish the night.

Butler showed great technique and strength throughout the three-round bout on the way to taking a points win against the home fighter Sjoqvist.

Overall a great night of fights and performances from all. For the full results visit the Empire Fighting Series event page here.