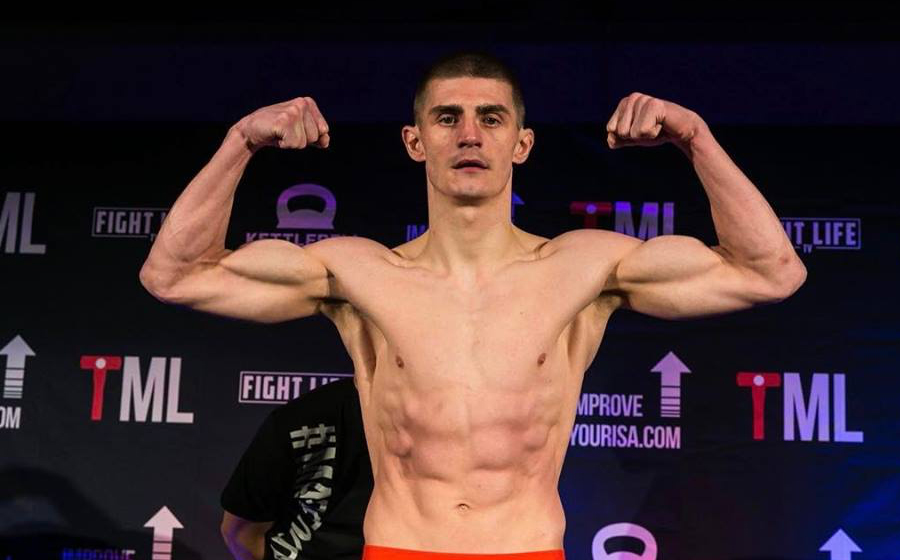 Since beating former UK #1 Reece Thomson at YOKKAO 38 earlier this year to claim the crown as the UK’s best Featherweight, Liverpool-based fighter Jacob Smith has been working on his overall game as he prepares a run at climbing the WBC World rankings.

Did you know?
When a fighter name is highlighted in red, subscribers can click the name to show their fighter record and profile.  Sign-up here to get your access.

This weekend at YOKKAO 44, he faces Spanish outfit Manu Gomez in an exciting 57kg bout between two heavy-hitting fighters.

“I haven’t fought since YOKKAO earlier this year where I beat Reece for the UK #1 spot, but I haven’t had a single day off training during that time”, Jacob told us.

“We moved the gym to a bigger unit, so I had to make sure everything was up and running smoothly before committing to another fight”, he explained.

When asked about his opponent Manu Gomez this weekend, Jacob responded, “I know very little about my opponent. I’ve seen a few of his fights on YouTube and know he has heavy hands, but I’m not looking too much into it as alot of fighters are very well-rounded these days.”

He continued, “A fight can change so easily, you need to be prepared for anything, so I’ve been working on becoming the best version of myself.”

“If he does like to stand and trade, it’s going to be crazy because everyone knows the way I like to fight”, Jacob added.

When asked what’s next, he said “I want anyone above me in the WBC World rankings, right now I’m #17 so I would like to start climbing and my main goal is to get to ONE Championship. Right now that’s my goal.”