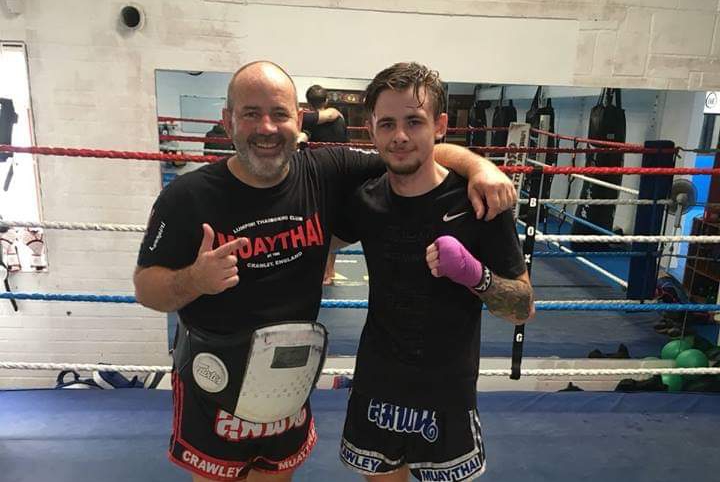 Reece will join 82.5kg UK #1 Juan Cervantes on the card, who is matched for the Lion Fight world title against current Cruiserweight champion Chip Moraza-Pollard.

We are pleased to announce these bouts after our matchmaking team at Fight Record helped bring these together by working closely with our connections in Europe and USA. Our matchmakers work all-year-round looking for the best opportunities for our featured fighters on European and Worldwide promotions.

We spoke to the Lumpini Crawley fighter on his thoughts about fighting in the the USA and his future plans.

How are you feeling after the Christmas break?

“I feel nice and full [haha!]. No seriously, I feel refreshed and ready to get back to training.

“Christmas is my favourite time of the year, getting to spend time with family, and even though I love fighting, it’s nice to get a break from training.”

What do you know about your opponent at Lion Fight?

“I know he is a big puncher! A few years back I think he dropped Daniel McGowan with some heavy hands, but I’ve been in there with big punchers before so it’s nothing new.”

Have you fought in the USA before?

“I’ve never fought in America but it’s always been a dream of mine to go over there and fight, so I couldn’t really believe it when my coach John Jarvis told me I’m fighting in Los Angeles!”

How is training going at the moment?

“I have the best team around me training with Paulo Da Silva, Luke Hill, George Jarvis and of course the main man John Jarvis every day.”

What are your plans for the rest of the year?

“I just want to fight as much as possible this year and progress in the sport as much as I can.”

Are there any fights you would like this year?

“Daniel McGowan is the fight I want! I know he has broke his hand, so whether it happens this year or next I would love the opportunity to fight again!

“We fought before and I lost, but that was a few years back and I have come on leaps and bounds since then.”

“I just want to achieve as much as possible! I want to fight all over the World, fighting the best in the World and hopefully on the biggest stages.”

To keep up-to-date with all of Reece’s latest fight news you can follow @reecethomson96 and @fight_record. View Reece’s full fighter profile here. If you want to get your fighter profile on our website and get featured, submit your information via this form.