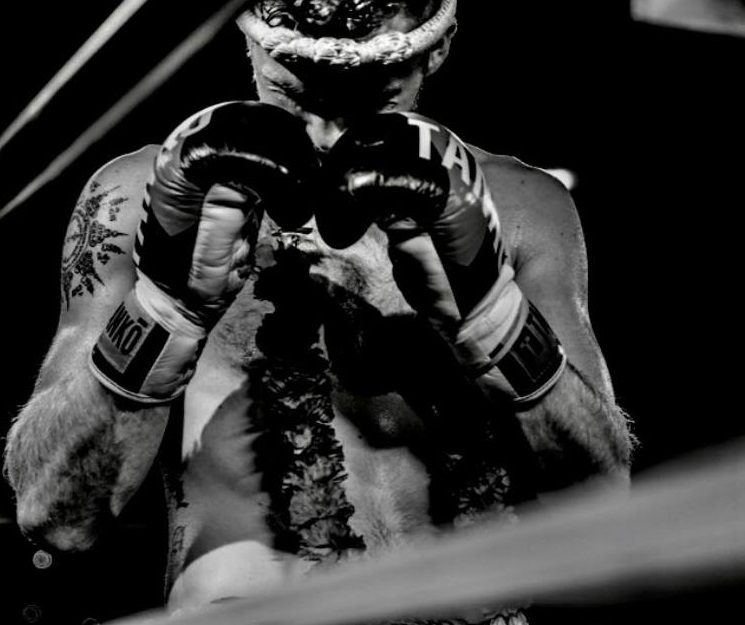 When you think of the nations which have typically dominated the international Muay Thai scene the typical response would probably be countries such as Thailand and Holland. Likewise, international K1 kickboxing has typically been seen as being heavily influenced by Japanese fighters such as Sato and (once again) Thailand. This is changing however, more and more European (and more specifically British) fighters are performing at the highest levels of competition. This past weekend is a perfect example of this with a large number of international bouts taking places, from Australia to Scandinavia.

The first win of the weekend came with Daniel McGowan’s knockout performance in Thailand. Taking on a tough Thai opponent at the Rajadamnern Stadium. McGowan stepped into range of his opponent will a left hook to the body, this caused the Thai to momentarily drop his guard. This allowed McGowan to loop his right elbow over the top, landing flush on the chin. The Thai did his best to recover but was clearly in no fit state to continue.

This feat is even more impressive considering he has been inactive for a year whilst waiting for an injury to his hand to heal. McGowan is currently a sponsored fighter at Petchyindee gym in Thailand. No doubt McGowan will continue his rise in the rankings and hopefully get a shot at the stadium title in the near future.

Also fighting out of Petchyindee was Paloma Arranz. Before moving to Thailand Paloma trained out of All Powers gym in Manchester and amassed a strong record (even beating Leigh Newton who came away with the bronze medal at the IFMA’s). Paloma appears to have adopted the anytime, anywhere attitude having trained in Thailand for only a week and getting an offer of a fight. On only an hour notice and knowing nothing about her opponent.

“I hadn’t fought in 6 months and I trained at Petchyndee 10 days. I was about to train in the afternoon and I ended up fighting a World champion”

Turning up at the stadium it turned out her opponent was no less than the WMPF world champion. Unfortunately, Paloma did not get the decision after a hard fought 3 rounds but it is a testament to her attitude that she would take such a fight at the drop of a hat. As for her goals:

We asked how she felt about leaving her usual life in the UK for the other side of the world to train and fight:

She is without a doubt a fighter you will need want to keep both your eyes on as she progesses in her life at Petchyndee.

Finally, there is Jack Maguire who went to Thailand to train for a month at Vichanchai gym and ended up fighting twice and winning on both occasions. The first coming via a decision, Maguire then took a second fight only 5 days later. A far cry from the typical preparation time scale for a western Thai boxer, especially for a professional. What’s all the impressive is how, despite battling illness the night before, Maguire was able to finish his opponent in the third round:

“I fought lad from Tiger Muay Thai who had very strong boxing and kicks, I managed to time a knee as he stepped with a body hook which resulted in him being dropped and was unable to continue”

Maguire returns to the UK in a week’s time and looks to continue his development and further his success:

In Germany we had a familiar face in Jordan Watson taking on the tough veteran fighter Enriko Khel on Enfusion. This was a highly anticipated bout between the two with both sharing a long list of world class opponents despite never meeting in competition. Watson was truly the outside fighter taking on Khel on his home turf. Unfortunately, Watson lost on a decision with Khel being the slightly more active fighter. Despite this it was still a competitive matchup and the first fight for almost a year for Watson since recovering from injury. Not a bad result on the whole when you consider he was thrown into the deep end without even a warmup fight.

The furthest fight afield was K Star Legacy’s Daniel Edwards taking on the tough Ben Johnston of Australia. Edwards was fighting 3KG over his typical fighting weight against a tough, experienced opponent. The fight itself was for the vacant WBC Muay Thai light-heavyweight belt a prize Edwards saw fit to deal with the weight disparity. Edwards’s coach Damien Trainor posted on social media, commenting on the power and size difference between the two fighters.

Edwards started slow but picked it up in the second and third round but was unfortunately cut by an elbow in the third. Johnston was able to pressure in the fourth and triggered a stoppage by the referee. Despite the disappointing result, there is something to be said for a fighter willing to travel to the other side of the planet to fight an opponent at a higher weight. Trainor has already hinted that Edwards will be returning to his natural weight for his next bouts which will no doubt bring him even more success.

Speaking to Brudenell we asked how he felt about fighting abroad and whether he had any reservations:

“Everything was safe and professional and ran according to plan, we wanted for nothing”

This is a credit to the organisers of the event making sure the event ran smoothly. Brudenell is set on continuing his success both at home and abroad but was sure to thank those that are helping him on his journey:

No doubt Brudenell is a fighter to keep your eyes on in the near future. His next outing will be in December on the Victory show in Newcastle.

Finally, in Scandinavia there was a four-woman junior rules 51KG tournament. Fighting the two Scandinavian competitors was Ellie Barker (training at Hanuman Thai Boxing in Darlington) and Acacia Taylor of Thaitanium in Leicester. Unfortunately, the two Brits were drawn against each other in the first round of the competition with Barker winning the decision.

In the final Barker was pitched against the home favourite but was still able to come through with the decision victory to win the tournament. Not a bad feat at only 15 years old fighter, once again displaying the masses of potential the younger generation are bringing to the table.

Also fighting in Sweden was, Junior Coleman (drawing with a tough fighter from Thailand), Shane Farquharson (resulting in a very controversial draw despite Shane looking the much stronger fighter) and Sophie (winning via points).

If this weekend demonstrates one thing, it is how the UK can compete at the elite level on the international stage in both kick and Thai boxing. It is healthy to see the range of competitors, from established veterans of the sport like Watson and Edwards, to the new generation of junior fighters like Taylor and Barker. On top of that we have the likes of Paloma and Brudenell who have fought well at the professional level for a number of years but are now taking the next step up and beginning to fight on larger stages abroad.

One thing is for sure, the UK has established a strong international reputation through the likes of fighters like Edwards and Watson. But it is this next generation who are continuing the upward trend, fighters who given time and the guidance could well reach world championship level.