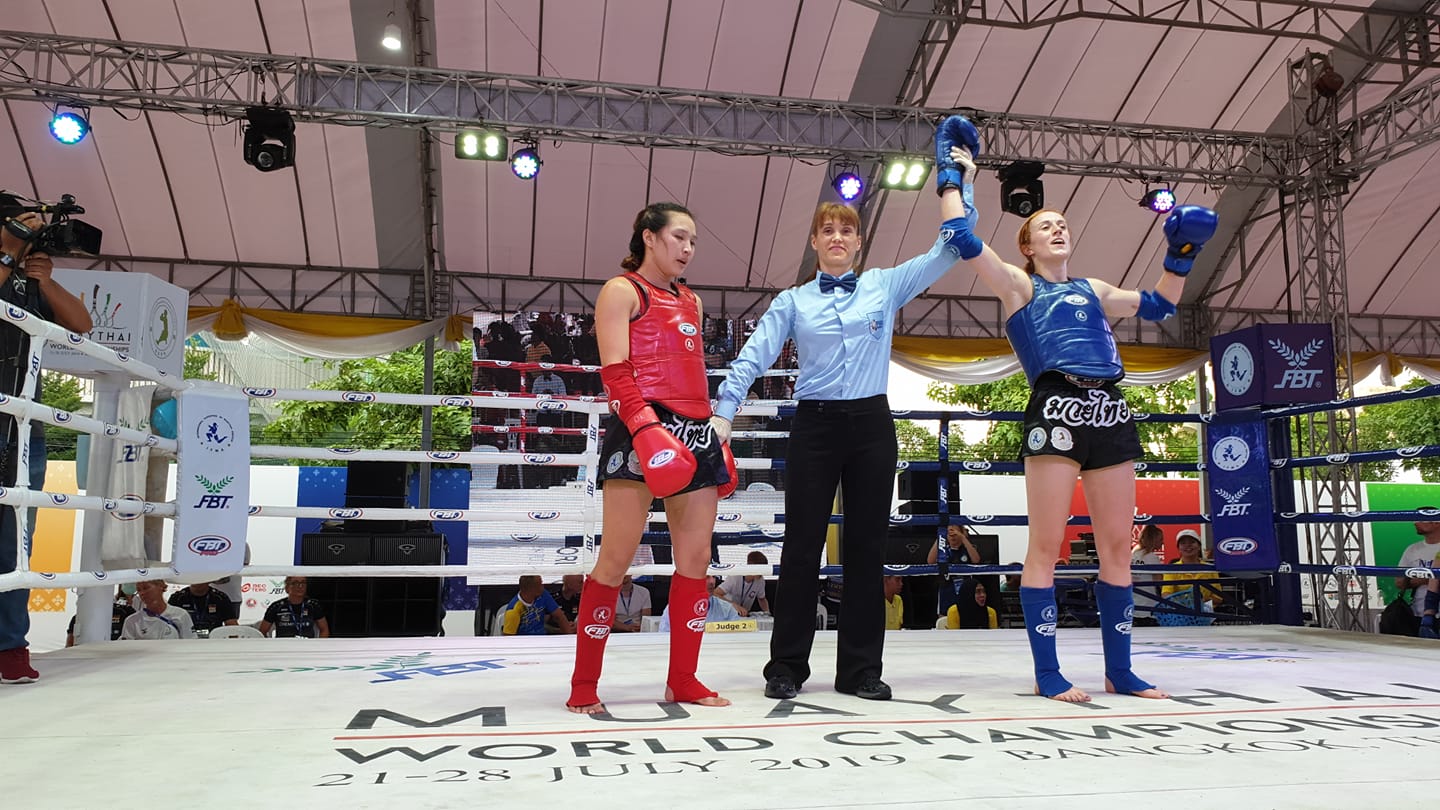 Team GB fighters Michael Bradbury and Dani Fall both competed in their first bouts at the IFMA World Championships in Bangkok earlier today.

UK Light-Heavyweight #5 Michael Bradbury faced-off against the Kazakhstan’s Yevgeniy Zimin in the first round of the Elite A -81kg category.

Michael had a comfortable first two rounds against Zimin, giving the Kazakhstan fighter a standing eight-count in the second round and outclassing him with combinations in the third, as the referee waved the fight off.

Bradbury will now move onto the next round where he faces Macedonian Boban Ilioski on Wednesday.

Dani Fall impressed with a strong performance against Vietnamese fighter Nga Thi Lai in the first round of the Female Competitive -54kg division in Ring C.

Throughout the early rounds Dani landed strong strong push kicks to the body and walked forward with strong punch combinations, picking up 10-8 rounds in the first and against in the second after giving her opponent two eight-counts.

The third round was more of the same as Dani walked down her opponent, backing her up into the corners landing knees to the body in the clinch.

The Vietnamese was a little more active with her striking in the third, but tired towards the end as Dani began to get comfortable with spinning attacks, eventually taking the fight unanimously with a 30-25 points win.

Dani now moves onto the semi-final to face Finland’s Sanni Nurminen on Saturday.