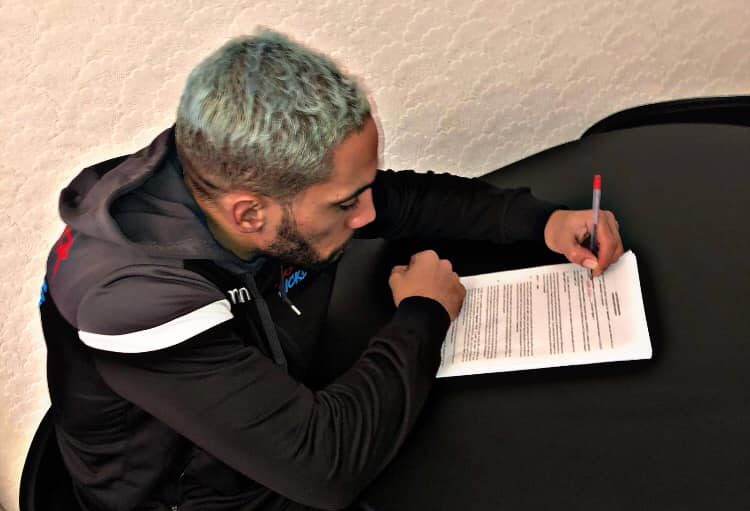 “As soon as they give me an opponent I’ll tear straight through them.”

We caught up with the current UK K1 67kg #7 to get his thoughts on signing with one of the biggest kickboxing promotions in the World.

Firstly, how does it feel to get the opportunity to fight on the biggest kickboxing stage in the World after so much hard work?

“As you know, I’ve been around since 2007-2008, and I have been consistent when I can. I lapped up all the experience I could as a teen and never worried about my oppositions fight record.

“I have the ‘fight anyone anytime’ attitude, so for this break through means more than anything I have been chasing my whole career.”

What would you say is your highlights and best achievements on the domestic and international scene so far?

“One of my best highlights was winning my first kickboxing World title against a really strong opponent, Zeben Diaz, in an outside arena in Dubai!

“The fight was over nine-rounds! I got treated like a King, got taken on Safari’s and they even bought me the latest iPhone!”

Do you have any other fights booked in before making your GLORY debut?

“Nope, no other fights booked in before my GLORY debut.”

Any news on when your GLORY debut might be?

“Haha! I’m not saying anything. You will have to wait and stay posted about the debut! I’m excited myself.”

Anyone in particular that you would like to fight on GLORY?

“I’ll fight anyone anytime on GLORY. As soon as they give me an opponent I’ll tear straight through them.”