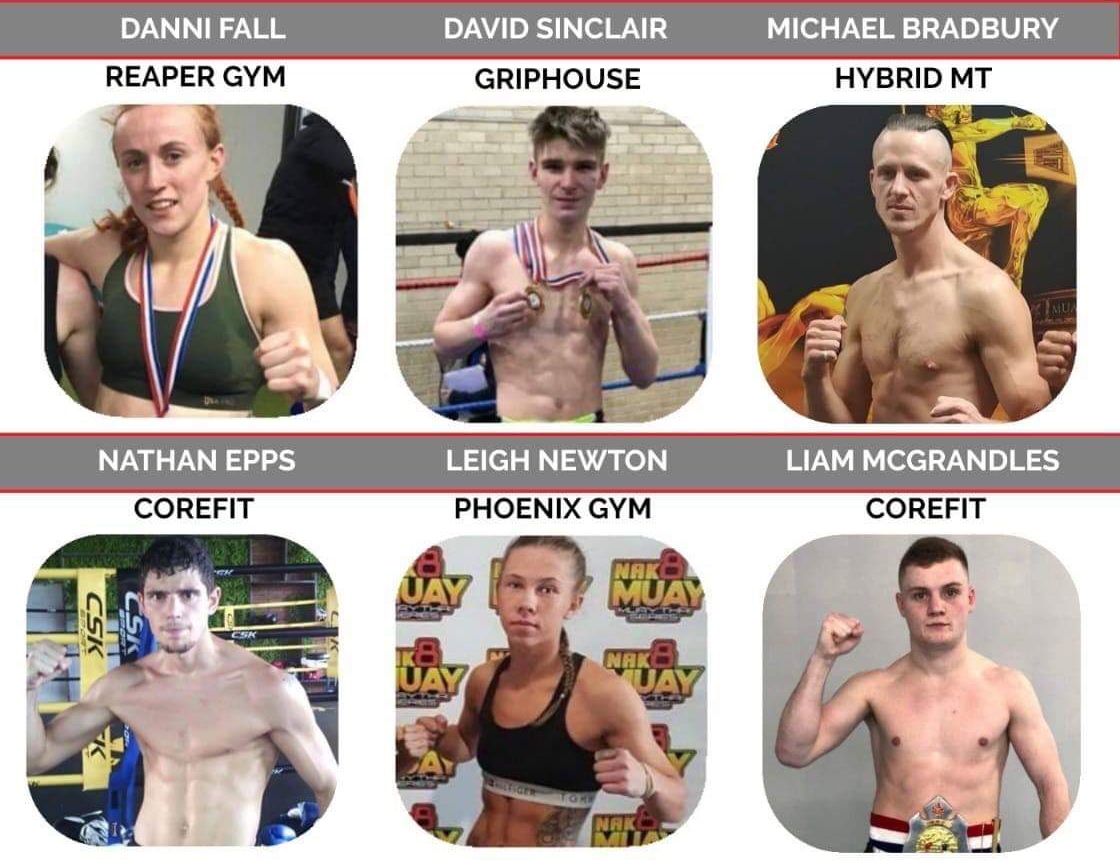 After the success of the senior trials in Birmingham last month, UKMF earlier today announced the team of six athletes who will represent Team GB in 2019.

The talented team of Dani Fall, David Sinclair, Michael Bradbury, Nathan Epps, Leigh Newton and Liam McGrandles all made the squad which will fly out to fight for their country at the 2019 IFMA Senior World Championships in Bangkok, Thailand in July.

Three familiar faces, Liam McGrandles, Leigh Newton and Michael Bradbury all represented Team GB at the 2018 World Championships in Cancun where they came away with bronze medals.

This year, with more experience and a bigger, stronger team, will we see some of our athletes at the top of the podium in Bangkok in July?

After winning gold in the junior category at the Baltic Muaythai Open last month, young Scottish talent David Sinclair will get his first chance on the world stage at senior level. Winning all three of his bouts at the UKMF trials, Sinclair impressed the UKMF panel and get selected for the senior team this year.

Sinclair took to social media earlier to make the announcement;

After also winning his three bouts at the trials, Liam McGrandles gets the nod to represent Team GB once again this year. After avenging two of his three career losses last year, McGrandles has gone from strength-to-strength, picking up the UKMF British title on the way.

Fighting for a WBC European title at Roar 13 next week, McGrandles will be looking to continue his solid form on the build up to the World Championships in July.

After beating the favourite in her category, current Thai Fighter UK female 50kg #2, Dani Fall will be representing her country this year. She will be looking to put her name amongst the elite when she also fights for a WBC European title next weekend.

Leigh Newton is back in the team for the second year running. After a bronze at the World Championships in Cancun, Mexico last year, Leigh fell short of the final when she was beaten by Camilla Danielsson at the Baltic Muaythai Open last month.

Looking to bounce back with another big year, Leigh will now fly to Thailand in July to show she is amongst the world’s elite at 48kg.

McGrandles’ Corefit team-mate, Nathan Epps, and 2018 Team GB representative, Michael Bradbury, make up the team of six who will also go on to compete at the European Championships in Marbella in November.