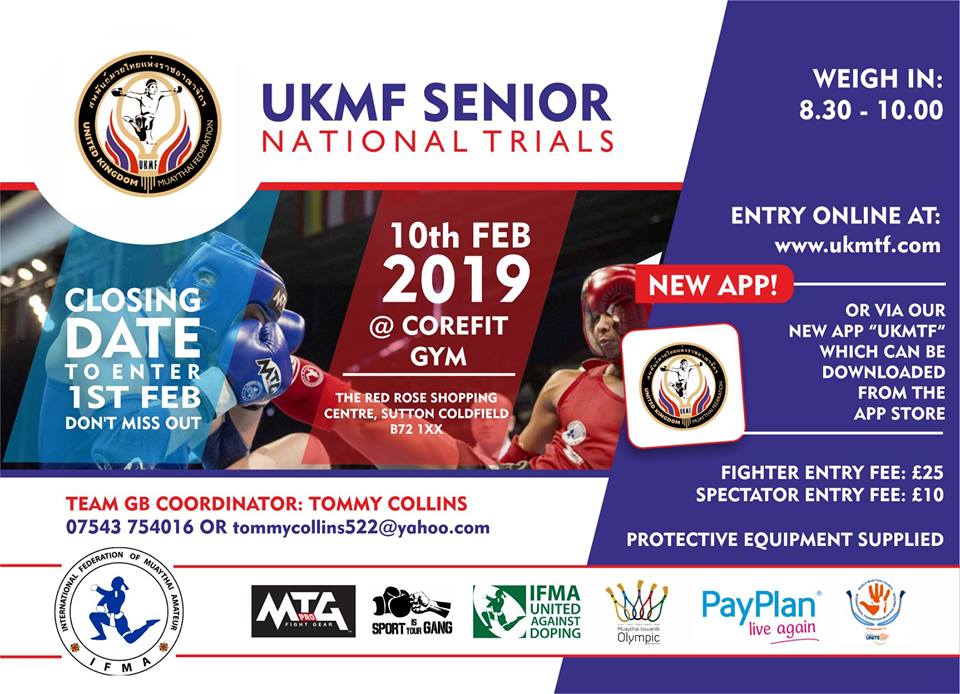 After the success of Team GB at the Baltic Muaythai Open in Lithuania last week – and the possibility of Muaythai being inducted into the 2024 Olympics – there is a lot of hype around IFMA-regulated competitions recently.

The UKMF, who hold national trials each year, select the team to represent Great Britain for IFMA competitions such as the European championships, World championships and eventually the Olympics.

The next national trials to be held for the Senior Team GB team will be held this Sunday at Corefit UK gym in Birmingham.

Some of the winning fighters from this weekend’s trials will go on to represent Team GB at the 2019 IFMA Senior World Championships in Bangkok on 18th – 28th July, with the same team heading to Spain later in the year to take part in the 2019 IFMA European Championships in Marbella from 22nd – 29th November.

Full results from this weekend’s Senior trials will be available on our website next week.