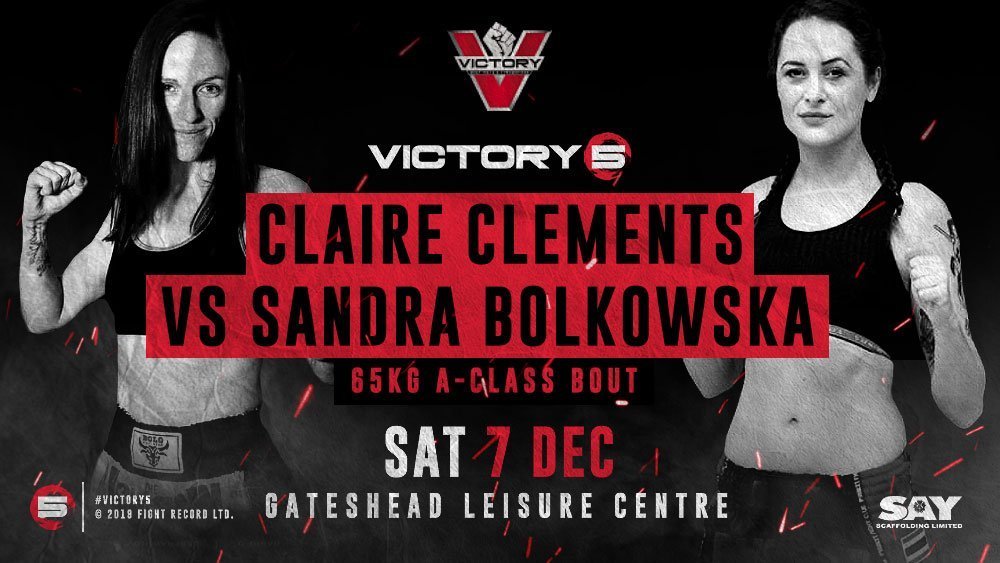 The UK’s Claire Clements is set to face Polish fighter Sandra Bolkowska in an international full Thai rules bout on the main card at VICTORY 5 on 7th December.

Claire Clements will need little introduction to UK Muay Thai fans. Having been around for a number of years, the regional WBC Muaythai champion has beaten many top names including her most recent victory over Slaheoldine Thomas on her home show in Newcastle back in May.

In that bout, Clements expressed her excitement at fighting under Thai rules again after competing under K1/Kickboxing rules most of her career due to being unable to find Muay Thai opponents in her weight category.

Now she will return to the ring for a second-consecutive bout in her hometown against a worthy and dangerous opponent in Sandra Bolkowska.

The Polish fighter racked up ten professional fights while training at Phuket Fightclub in Thailand, and earlier this year moved to Scotland where she joined the strong team at Hanuman Thai Boxing in Edinburgh.

Though slightly less experienced than her opponent, the professional bouts during her stint at one of Thailand’s top gyms will have undoubtedly helped develop the tools required to compete at the highest level.

This female bout joins the UKMF English title fight between Jack Cooper and Jack Maguire on the main card at VICTORY 5 which is shaping up to be huge.

Follow Victory Promotions on social media for all the latest news and updates on the build up to the last big show of the year.