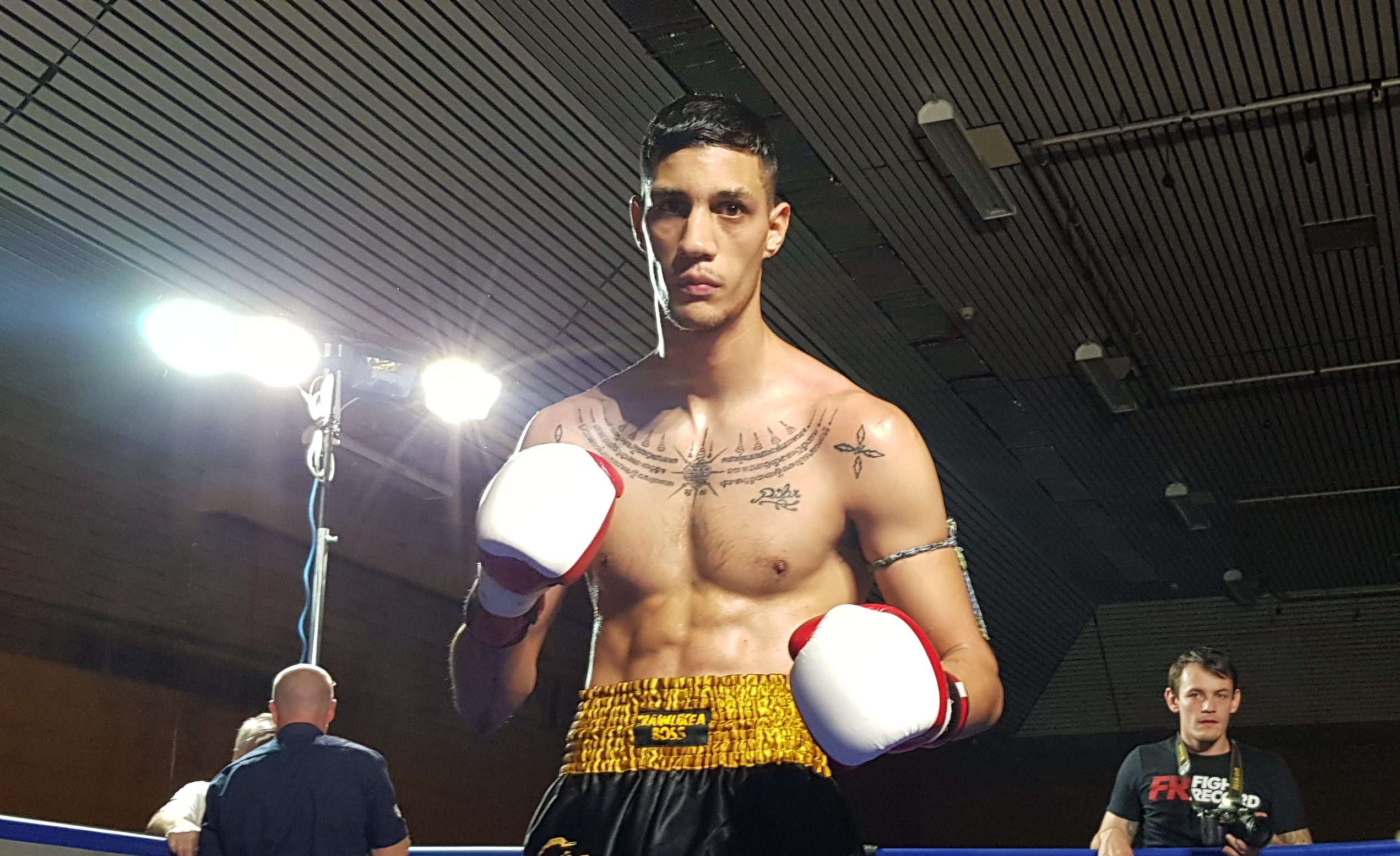 The build up to one of the biggest Thai shows of the year was immense and the whole night lived up to the hype with a full card of exciting bouts that left fight fans in awe at Victory IV in Newcastle on Saturday night.

An undercard of 12 fights got the the night underway at the Dunston Activity Centre, featuring some exciting bouts from young and upcoming talent from all over the north and Scotland. Featured fighter Ellis Cook remained undefeated after a unanimous decision win against Nathaniel Kalogiannidis after both fighters put on a crowd-pleasing display of technical skill.

Paul Murphy of GTBA put on a good display against Griphouse‘s Robert Pelowski and showed he has a big future ahead. DBMA‘s Ryan Stammer also impressed with a clinical performance, stopping his opponent Dougie Lamb in the fifth round.

Aberdeen Combat Centre‘s Lewis Hanratty made it four wins from four fights with a unanimous decision win over the tough Lewis Keen, and Charlie Simpson against Ciaran Smith in the headliner of the undercard bouts was another crowd-pleaser before the main card got underway. Full results from Victory IV are available here.

The main card kicked-off with the first semi-final of the 72.5kg tournament with what many were calling fight of the night and a fight which is up there with some of the best we’ve seen this year. Jackson Barkhouse of Maryport Dragons returned to the ring after almost two-years inactive to face the much bigger Ammari Diedrick, who has been unstoppable since his loss to Joe Craven at YOKKAO 29 earlier this year.

Barkhouse came out landing some heavy shots in his technical southpaw style which instantly got the crowd fired up. Ammari returned landing some body-head-knee combinations and the pair continued to trade vicious strikes in the early rounds. The third round saw Jackson begin to gain the edge as he landed a devastating elbow that rocked Diedrick and opened a cut.

After the referee paused the bout to clean up the cut, Jackson followed up with combinations which dropped Diedrick for an 8-count. Immediately pouncing after Ammari recovered, Barkhouse landed more heavy shots which stumbled Diedrick and the referee waved it off.

“I loved being back in the ring after two years out. Ammari came for war and I enjoyed our fight.” – Jackson Barkhouse

In the second semi-final, it was the late replacement Mark Dass Rey who landed a elbow early in the first round against UK 72.5kg #3 Josh Turbill of All Powers Gym which forced the doctor to stop the fight due to a severe cut on the forehead of Turbill.

The next two bouts saw Eddie Gill rock Matthew Bowater with powerful hands and followed up to earn a first round stoppage win, and Jack Bullock maintained his unbeaten record with a unanimous decision win against Hanuman Thai Boxing‘s Mateusz Sarwuta.

The first of two British title bouts saw Corefit UK‘s Liam Mcgrandles against the experienced Jack Cooper of Chokdee Academy in York. Having fought almost two years ago, Cooper was confident he’d claim a second victory over Mcgrandles. Starting off strong, Cooper landed some clean shots which bloodied Mcgrandles nose, but as the later rounds unfolded Mcgrandles took control and did enough to take the decision on the 66.68kg British title.

The UKMF 55.4kg British title was up for grabs next as #1 Callum McGowan of Griphouse took on GTBA‘s Stephen Irvine. This was another rematch between two young and upcoming stars. McGowan landed an elbow early which cut the top of Irvine‘s head early in the first round. The GTBA prospect came back strong in the late rounds but McGowan did enough to take the win in an exciting battle that was awarded fight of the night by the Victory team.

In the penultimate bout of the evening, Northern Kings‘ Juan Cervantes took on Sweden’s Joakim Hagg who has fought on GLORY and last fought for a World title on LionFight in Los Angeles in November. It was a close, back and forth battle over the five rounds with Cervantes attempting his trademark flying knee. Joakim finished strong, landing some heavy shots which stumbled the home favourite, but Cervantes did just enough to get the judges decision and claim his 30th career win.

The main event of the night saw the 72.5kg tournament final of Jackson Barkhouse against Mark Dass Rey. The Spaniard, who was still fresh after a 30-second stoppage in the semi-final, came out and landed a vicious body-kick early in the first round which landed clean and dropped Jackson. After a hard-fought battle against Diedrick in the semi-final took a lot out of him, Barkhouse was unable to recover in time for the 10-count.

All fight replays from a fantastic night of Muay Thai action will be available on the Victory YouTube channel and via UK Fight Scene in the coming weeks.