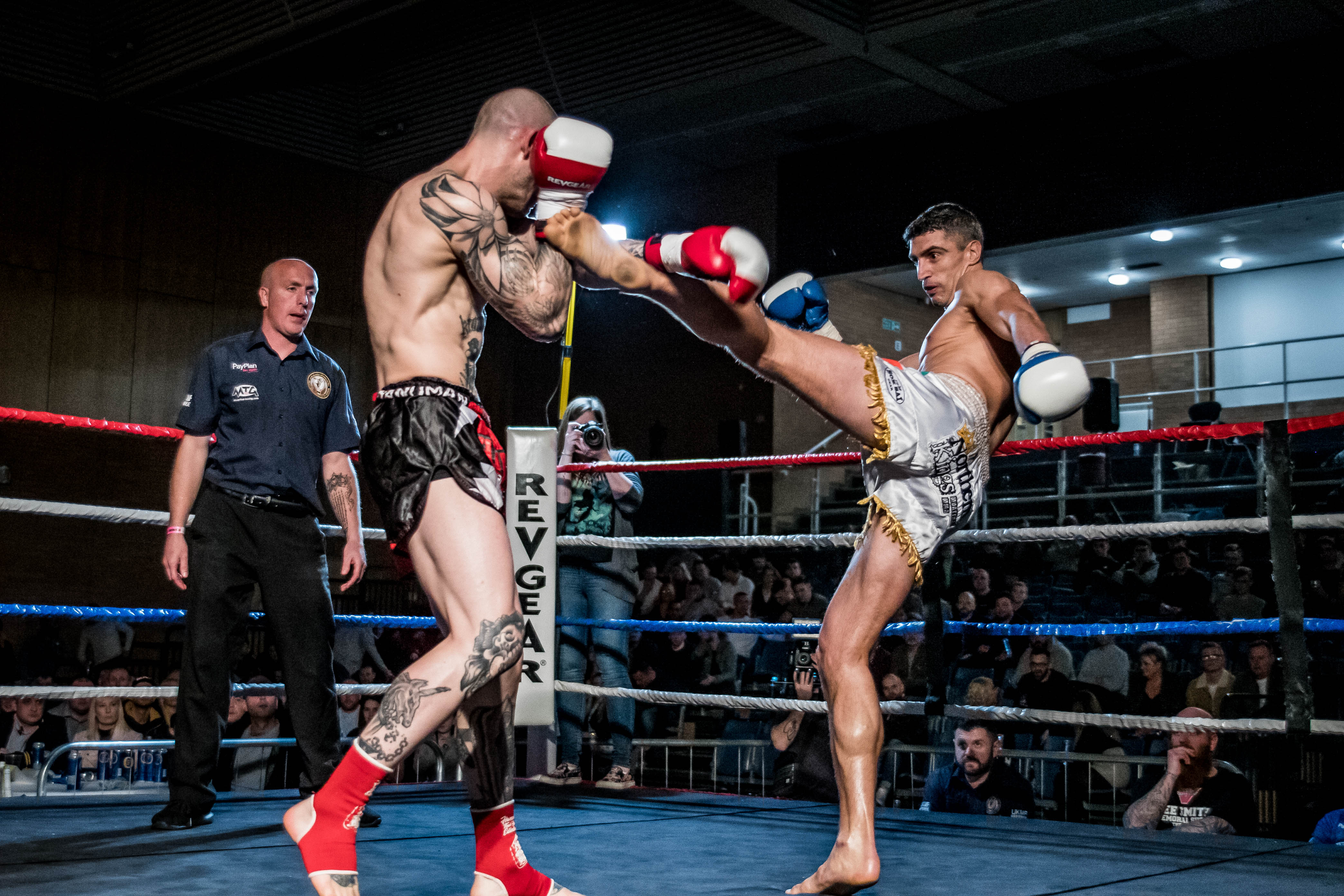 Fight Record is multidimensional in its Muay Thai capabilities. With it having the onlyfighter database for UK Muay Thai, a full and ever-growing library of content with news and updates from the Muay Thai community, a full support network for fans, fighters, gym owners and event promoters, a shop stocked full of awesome items to purchase, also part of the Fight Record arsenal is an annual Muay Thai event known as, Victory Promotions (website).

Only three events deep and already it has become the talking point of the Thai boxing scene in the North of England. The idea of Fight Record was conceived when the team behind Victory Promotions was actually on a meeting discussing potential fighters to have on the event. One of them said, “I wish there was a place we could go to look for someone to have on the event” and thus, the idea of Fight Record was born.

Victory Promotions leapt up in scale with the most recent event, The Lee Smith Memorial: The Finale, it was being dubbed “the last big show of the year,” and it did not disappoint. Securing the return of Reece McAllister as the headline bout, showcasing some fantastic local and national talent and supporting the Lee Smith Trust in their last ever “Lee Smith Memorial Show,” this event thrust Victory onto the lips of everyone at the back end of 2017.

Putting a strategy together to bring the fighters into the spotlight and give them the respect and promotion they deserve has always been the ethos of Victory Promotions and always will be. Hopefully, people will see that ring through with Fight Record too and with the solid team that is working on both Victory Promotions and Fight Record, fighters will have a platform they can use to grow their personal brand, have a stage to perform and a community to engage with.

The growth of Victory Promotions will continue to happen, production will be better every time and the quality of the media production and fight matching will continue to get bigger and better. There will be much more to come from Victory Promotions in the very near future. Make sure you head over to the Facebook and Instagram to keep up to date with what is happening.