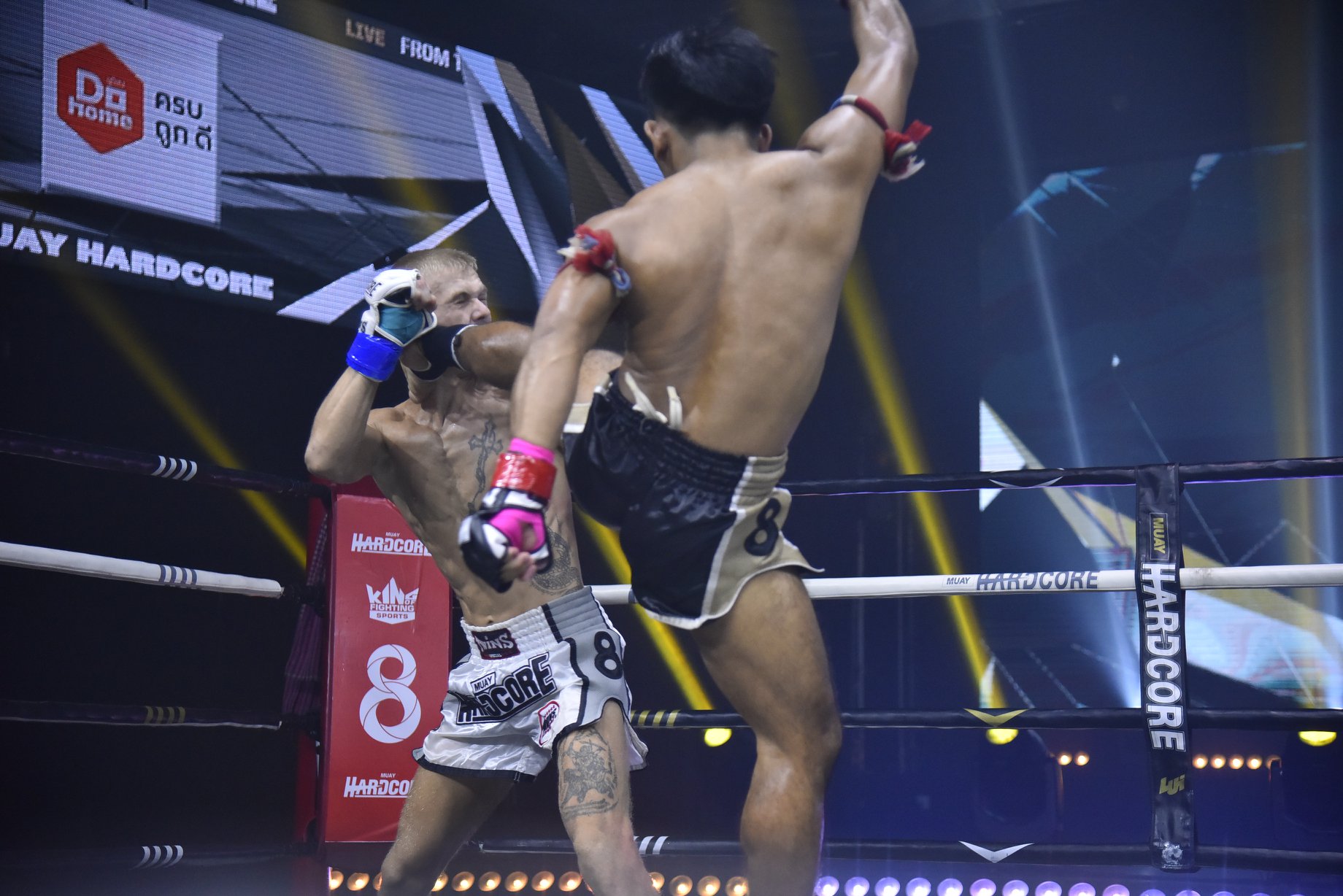 Daraeak Revolutionmuaythaigym was back in action this weekend after more than six-months since his last bout at Muay Xtreme at Phetchbuncha Stadium in January.

The two-time MX champion was back in the familiar MMA gloves when he faced Ireland’s Nauris Bartoska in the co-main event at Muay Hardcore on Saturday.

Giving away a huge height and reach advantage to his opponent, Daraeak came out early closing the distance with his trickery, attempting a flashy cartwheel kick before leaping into the air and landing a perfect jumping scissor head kick.

With his opponent unable to recover before the ten-count, Daraeak scored a huge first round knockout on his return to the ring and looked in fascinating form.

Stay tuned to our Facebook and Instagram pages for all the latest news on Daraeak and other Revolution Muay Thai fighters.