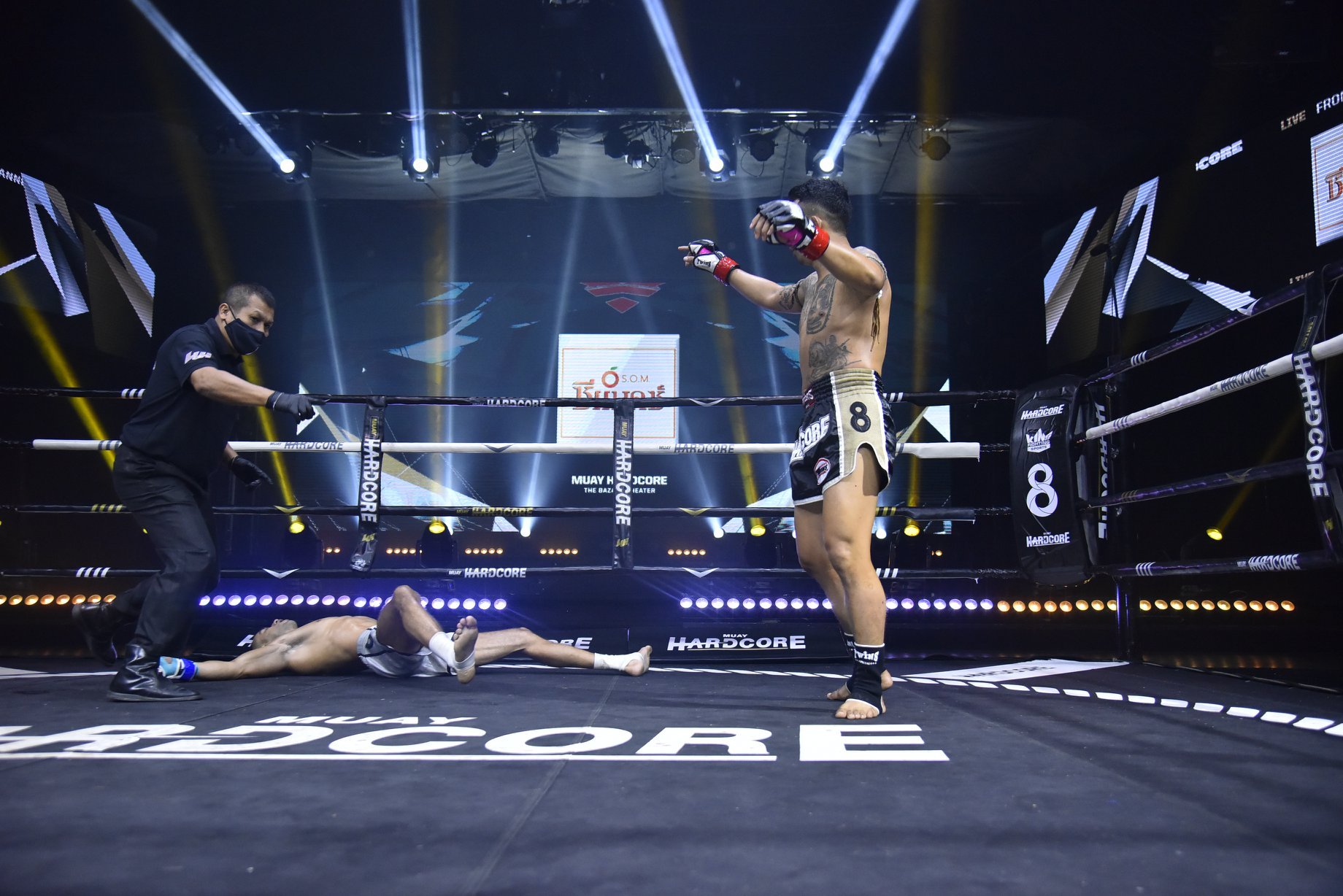 Pakorn PKSaenchaimuaythaigym returned to action in fine form today when he faced Algerian Yanis Mazouni in the main event at Muay Hardcore on Saturday.

After a run of 16 wins from 18 bouts stretching from March 2016 to November 2019, Pakorn ended 2019 with a defeat to Brazilian Julio Lobo, and a win against Australian Anthonie Frank on Muay Xtreme, before another loss to Rafi Bohic in February this year.

The 30-year-old Thai legend left no doubts in his return on Saturday however, landing a flash left hook that dropped his Algerian opponent after just 44 seconds.

With the win, the former Rajadamnern and Lumpinee Stadium champion increases his win rate to 79% over his 237 career bouts.