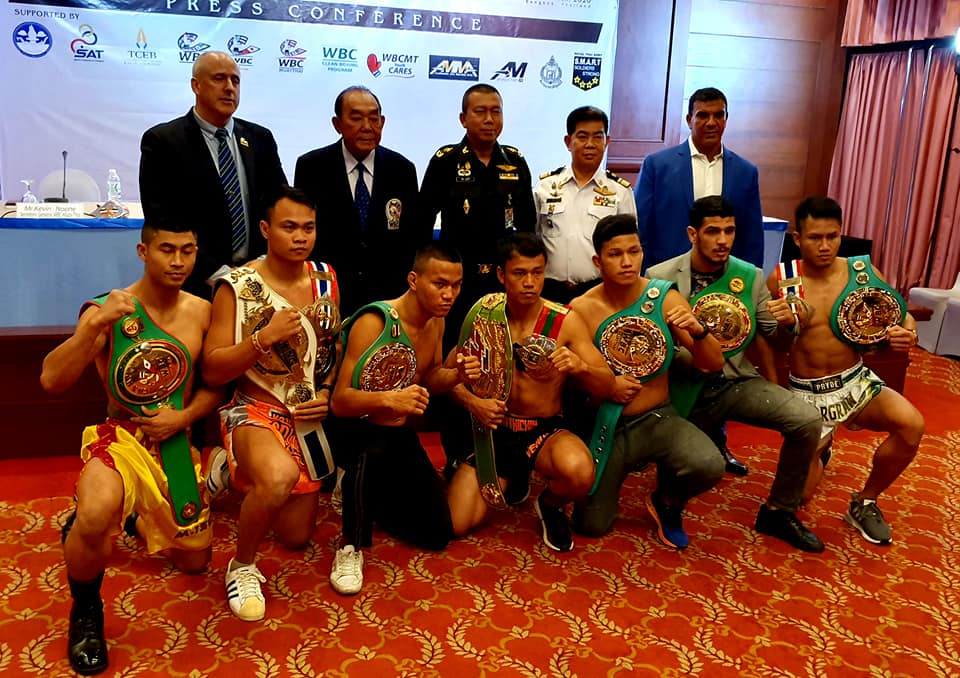 Representatives of AMMA, WBC and the Royal Thai Army gathered earlier today at the press conference ahead of the first ever WBC Muaythai Convention scheduled to take place from 14th-16th March in Bangkok, Thailand.

The World Soldier 2020 event, which launched in 2019, will return to Lumpinee Stadium for an epic card featuring three WBC World titles, a continental title and a national title during the Convention on 15th March.

The spectacle will be co-promoted by AMMA, WBC and the Royal Thai Army, and representatives of each met in Bangkok earlier today to announce the event.

Last year’s inaugural event featured superstars such as Buakaw, Superbon and Yodwicha, and this year’s event looks set to go down in the history books once again.

Here’s some of the huge bouts announced at the press conference earlier today;