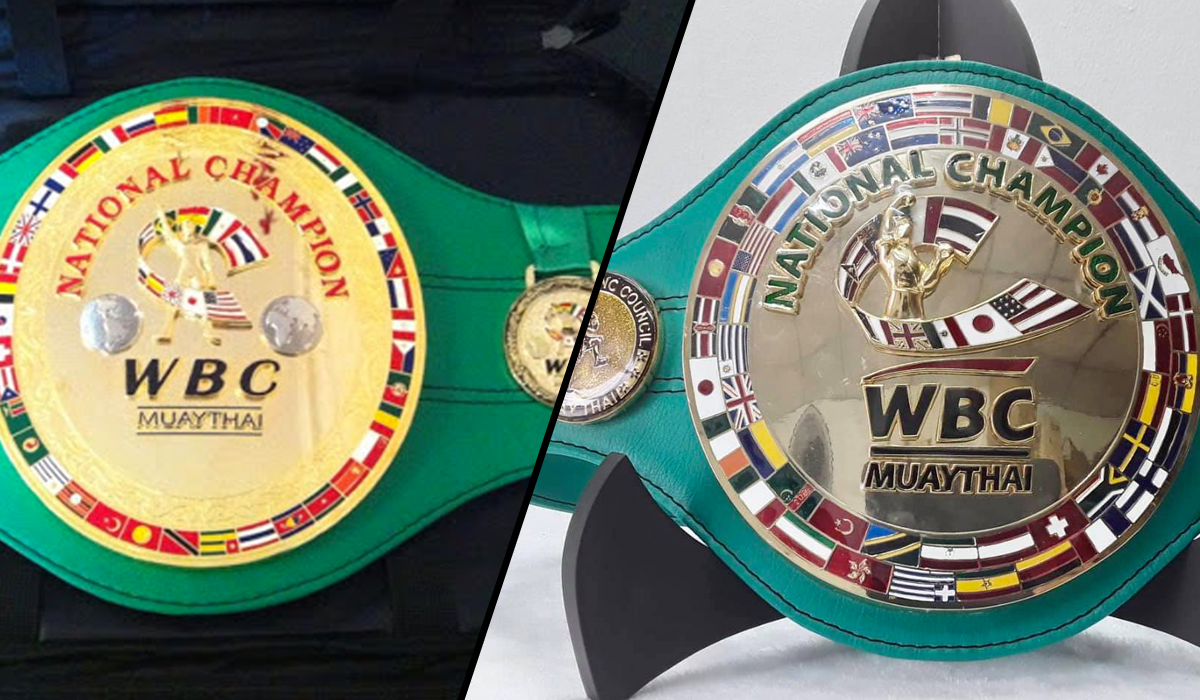 Recognised as one of the World’s leading sanctioning organisations, the WBC Muaythai’s prestigious accolades are contested for at World, International, Continental and National level.

Up until now, the WBC Muaythai National title belts have adopted a slight variation in design which reflected it’s precedent level.

Now, however, the National title has received a makeover that makes it just as aesthetically pleasing as the World and International level title belts.

This is a huge step in the right direction for the WBC Muaythai and the sport at domestic level, giving fighters competing at national level another massive incentive to be aspiring for the iconic green and gold belt.