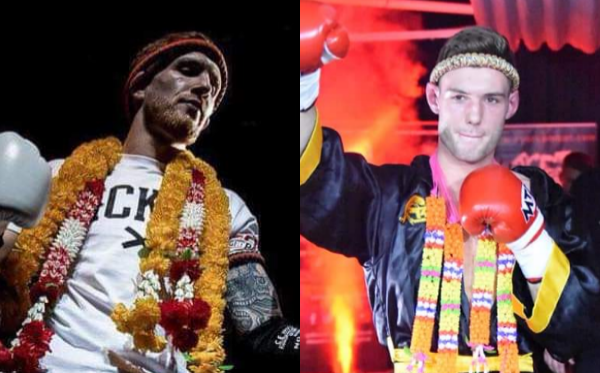 We are already into March and the Muay Thai and Kickboxing shows around the country and the rest of the world are back in full-swing. Here we preview where and when the top UK fighters are in action this weekend.

Just two-weeks after beating Jeremy Payet at MTGP in Paris, the UK 66.6kg #3, Jack Kennedy, is back in international action as he takes on the WBC World #8 Tananchai Rachanon at Fight Night Dubai.

After a successful weigh-in earlier today, Kennedy will face Tananchai in the co-main in event in Dubai tomorrow night which is headlined by Saenchai.

Making his ONE Championship debut, Liam Nolan will also be in action tomorrow as he takes on the German Enriko Kehl in Yangon, Myanmar.

The Knowlesy Academy fighter, who is currently #1 in the UK and ranked and #15 in the WBC Muaythai World rankings, will face the tough German who beat Jordan Watson at Enfusion last year.

You can catch the fight LIVE and FREE on the ONE Championship app from 11am GMT tomorrow.

There’s a number of domestic shows around the country this weekend featuring some of the UK’s upcoming talent.

Shinkick‘s Joe Turner makes an appearance at Road to Muay Thai Mayhem in Crawley, and the Road to MTGP Birmingham fight card is headlined by a KGP British title bout between Jay Steele and Bradley Bowen.

The Homeshow returns in Blyth this weekend as John Cairns headlines against Dan Bolfa, with Rebecca Garside taking on the Irish Eimear Codd in the co-main event and Nathan Ryder against Gales Ciprian.