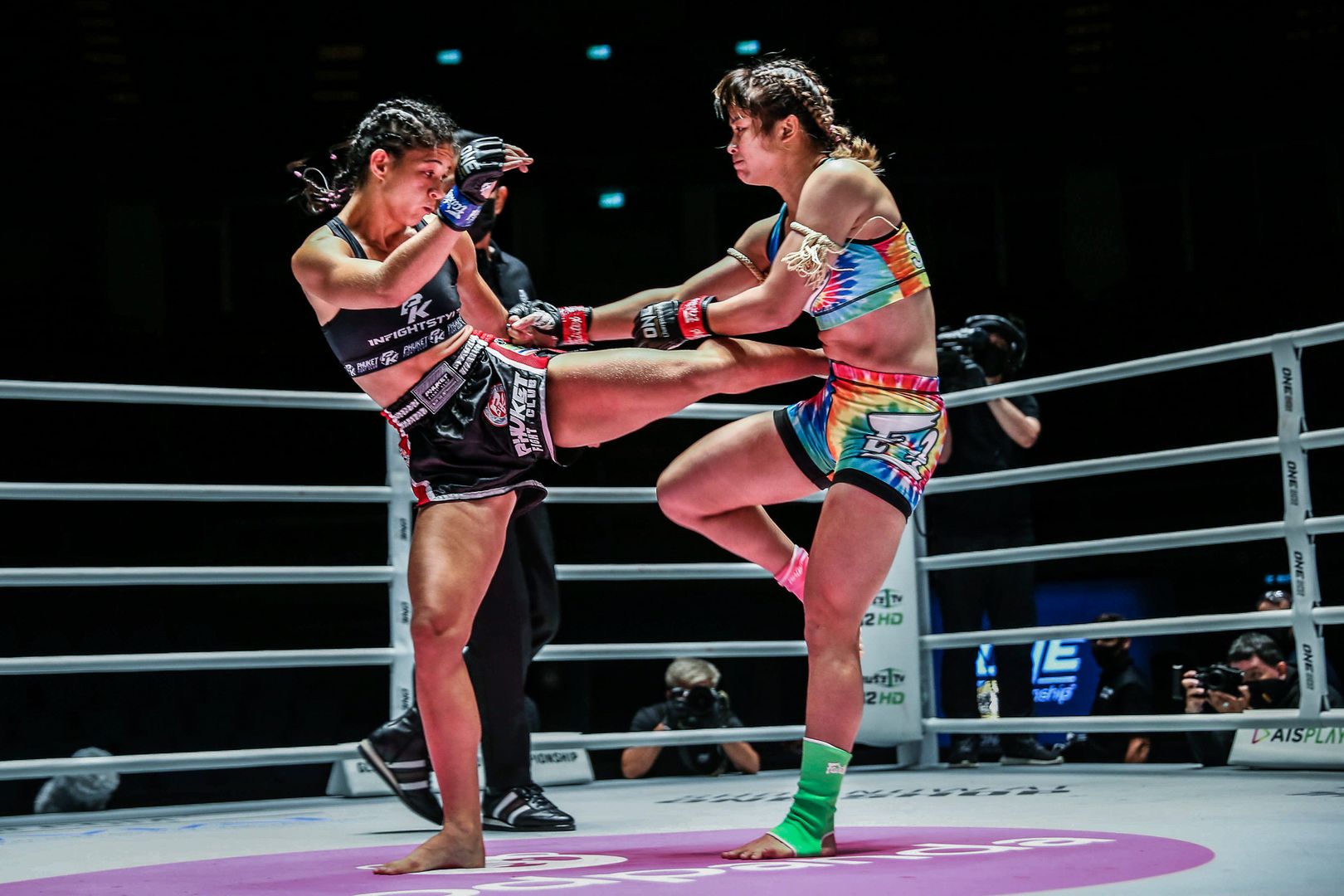 ONE Championship returned to the Impact Arena in Bangkok, Thailand for another blockbuster night of thrills, spills and upsets on Friday.

In the main event of the evening, Brasilian star Allycia Hellen Rodrigues shocked the World in the ONE debut by taking a five-round points win over Stamp Fairtex to claim the ONE Atomweight Muay Thai World title.

In such a close fight, should Stamp Fairtex get an immediate rematch? Or should Anne Line Hogstad, Alma Juniku, Anissa Meksen or someone else be next in line?

After Kulabdam‘s epic knockout over Sangmanee in the Muay Thai tournament semi-final, many people were expecting a similar result in the final against Rodlek, but it was the ‘Steel Locomotive’ that was in scintillating form after being given a second chance in the tournament.

He dropped Kulabdam twice on his way to a strong win and becomes the next man in line to face current ONE Bantamweight Muay Thai World champion, Nong-O Gaiyanghadao.

After a first round knockout win over Brooke Farrell in her ONE Championship debut, Wondergirl Fairtex was straight back into action on Friday, this time facing strong debutant KC Carlos of Phuket Top Team.

The pair exchanged some heavy shots, but it was the powerful elbows and punches of Wondergirl that overwhelmed her opponent, landing a clean shot that broke the nose of Carlos, forcing the doctor to call a stop to the fight.

It was mentioned Wondergirl had spoke of potential opponents such as Amber Kitchen and Viktoria Lipianska, but with borders still closed in Thailand, the likeliness of a Strawweight encounter with any of these opponents would be a long time away.

Who else would you like to see Wondergirl Fairtex face next?

After a recent loss to Mongkolpetch, Cambodian star Sok Thy got back to winning ways with a nasty body shot stoppage over Huang Ding on Friday.

Now back in the win column, who should he face next as he looks to climb back up the Flyweight rankings?