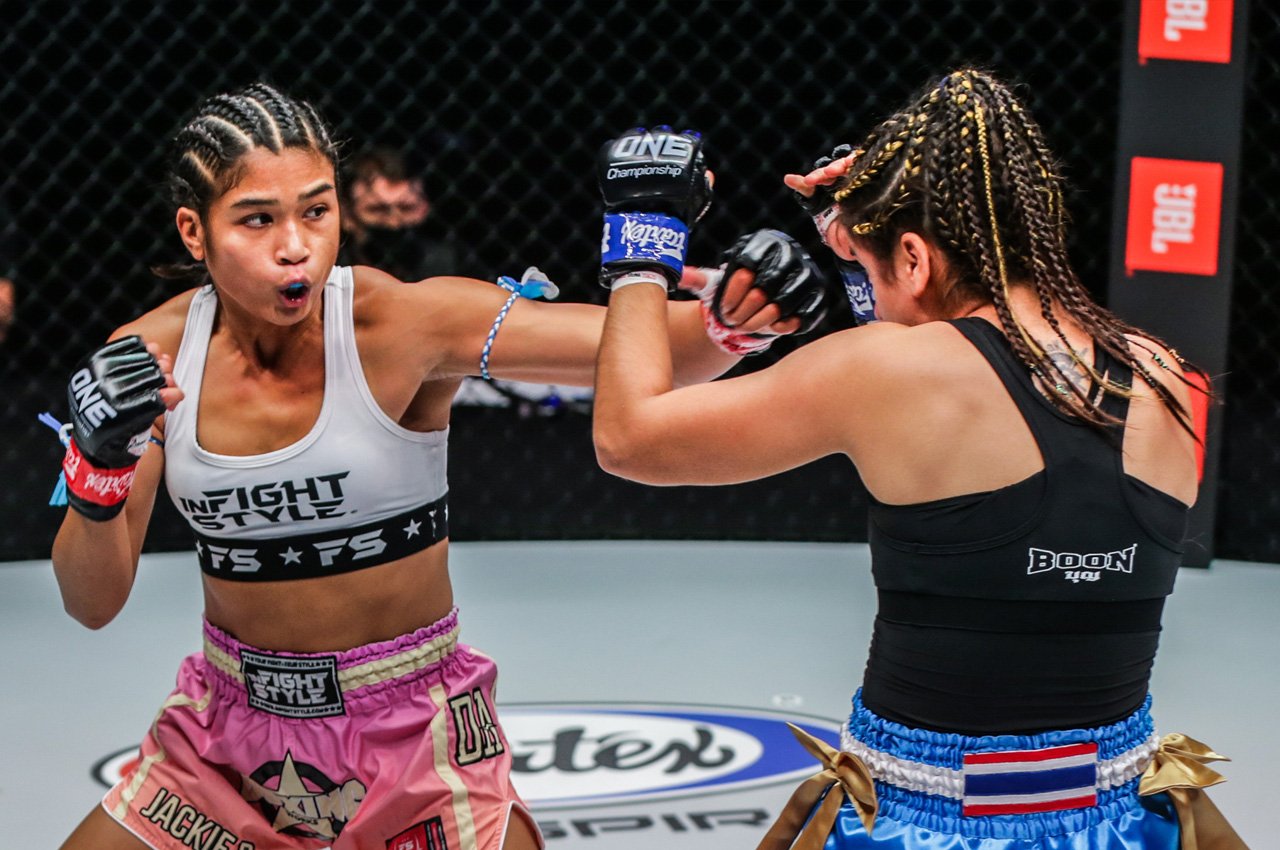 The Argentinian, who now lives in Bangkok and trains out of FA Group Muay Thai Gym, was making her first appearance in ONE Championship today.

Despite her debut, Lopez has been actively competing at the very top of the female Muay Thai scene in Thailand over the past few years, sharing the ring with the likes of Dangkongfah on many occasions, and was coming off a big win over Rungnapha at THAI FIGHT in July.

As the bout unfolded however, she never seemed to get into her stride, as Jackie Buntan‘s quick footwork and boxing combinations started to take their toll.

Stunning her opponent on numerous occasions – who should a solid chin and fantastic heart to keep moving forward – Buntan cruised to a unanimous points victory, putting her 3-0 in ONE Super Series.

With wins over Wondergirl, Ekaterina Vandaryeva and now Daniela Lopez, who should the Strawweight contender face next?

Let us know who you think Jackie Buntan should face next in ONE Championship in the comments on our social media.