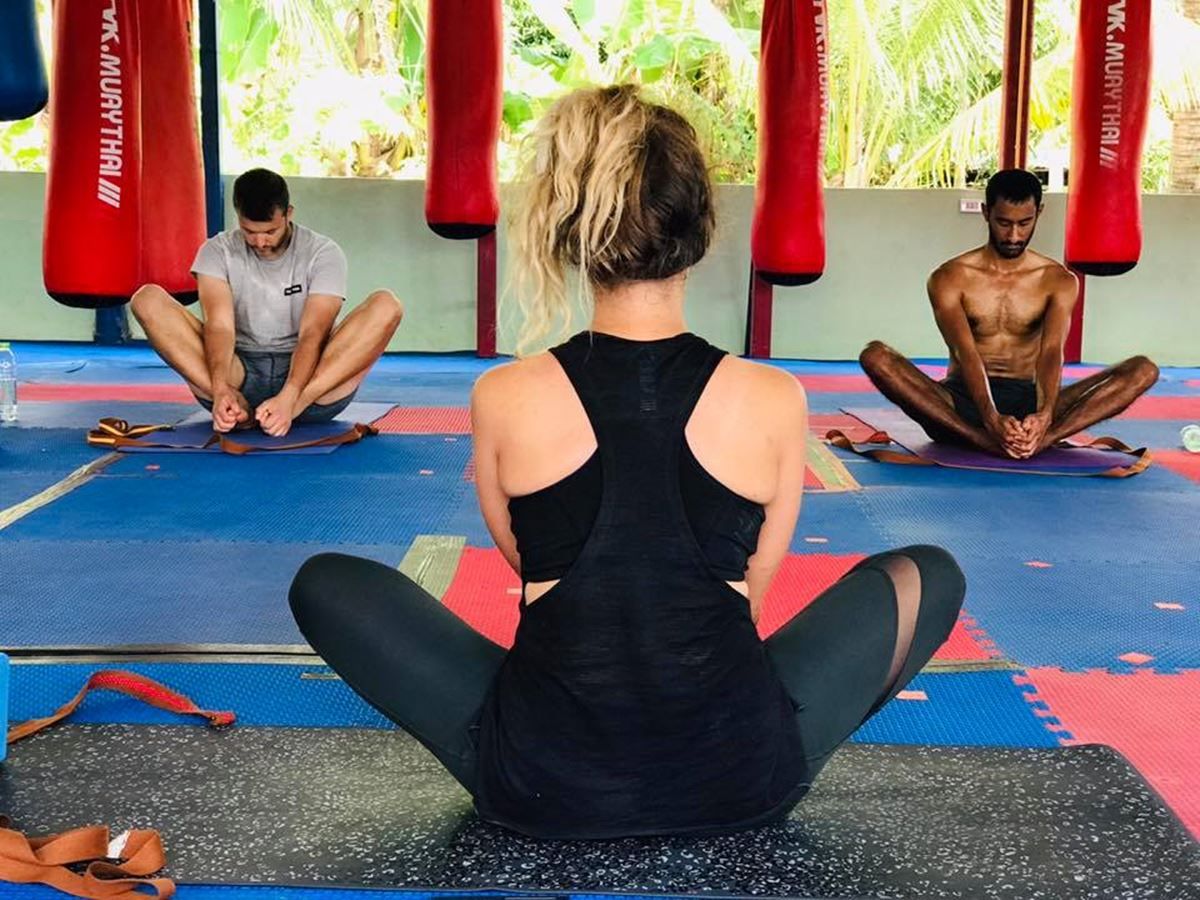 Mental and physical conditioning go hand in hand when it comes to being a Kickboxer or any other type of competitive fighter, but it’s often the mental that gets overlooked. So much of striking relies on muscle memory and pristine physical conditioning. Fighters use various tools and exercises to grow their strength, speed and reactions.

The fighting world, particularly when it comes to striking, is stereotyped as one that uses talent as a baseline to create a fine-tuned fighting machine that doesn’t require thought to function. Once a repertoire of striking techniques is established, it is refined through daily practice and sparring, effectively programmed into the body. What gives certain fighters the edge however, is the work they do on their mind.

There are two key techniques and so weapons of the mind that fighters could benefit from, Meditation and Visualisation.

Why does Meditation Help?

Meditation can be focused, but it’s main aim is to clear the mind of thoughts. To achieve quietness, observing thoughts and letting them go. It can take as simple a form as sitting somewhere quiet and focusing only on your breathing for 5 to 10 minutes, but the longer you can hold your concentration, the more effective it will be. The aim is to clear the mind of all distractions and be able to switch to a phase of observing thoughts passively as opposed to engaging with them. What can this help you with in terms of training and fighting?

Dealing with pain. When you are able to disconnect and become an observer of thoughts and therefore sensations, you are able to experience pain and acknowledge it without being distracted or thrown off by it. This is crucial when it comes to taking hits during a fight as well as pushing through bodily pain and exhaustion.

The same applies to pushing yourself harder in training (to the point when it is physically painful) whilst retaining the self-awareness not to overdo it. It also helps you to deal with the soreness that comes after training or a fight, observing it but not dwelling on it in your thoughts.

You are able to calm yourself down. Meditation also helps you to manage your emotions overall. Moments of anger, frustration and stress, these moments come hard and often during training but especially when competing. They can be massively distracting; causing you to panic and potentially to freeze or hesitate which could lose you the fight. That mental control gained from meditation can help you to avoid that.

Why does Visualisation Help?

Visualisation is also an often neglected tool. Fighters want to act out situations physically perhaps not realising the benefit of doing so mentally.

Training your body with your mind. Now of course we all know muscle memory is built by repetition of an action, but studies have shown that when an athlete visualises or runs through their event in their head it also activates the neurons and messages associated with that muscle group.

It builds on those neural connections, your brain effectively can’t tell the difference between this and real practice. This is a technique that most fighters neglect but should habitually utilise to strengthen those movements and techniques, particularly when they are injured and unable to physically train.

Strategy and Tactics. By visualising the fight, a variety of different scenarios can also be visualised and played out. This helps your body to “remember” fight strategies and patterns in the fight, can provide you with new scenarios to play out in training and allows you to react more quickly, calmly and correctly in the fight itself.

Thought process during the fight. Building on the point above, the more scenarios you’ve played out in your head, the less that can shock you or catch you off guard when in the fight. It helps to streamline the combat thought process. It also means you are less likely to freeze; your brain doesn’t need to formulate a new plan in the moment.

Unexpected stage fright and adrenaline dump. Both meditation and visualisation can prepare you well for the unexpected effects of stage fright and acting on your emotions. Visualisation can prepare you in terms of not being in shock and meditation in clearing the mind so that you can observe your emotions instead of acting on them.

The effects of stage fright could distract you and acting on emotions can lead to impulsive reactions in the fight, thus making mistakes that a calmer more calculated opponent could capitalise on.

By being in control of your body through your mind, you can also avoid adrenaline dump. This is when you produce too much adrenaline as your “fight or flight” response is activated. Those levels quickly rise and crash leaving you feeling completely drained. This can happen to anyone, particularly less experienced fighters who may be more on edge and likely to have a heightened response. Catastrophic before a fight. By being calm with a clear mind you avoid this happening to you when entering the ring.

We hope you enjoyed this article. For those of you who are avid followers of the sport of Muay Thai and K1, I recommend you subscribe to Fight Record. For the cost of a coffee per month you will get access to thousands of fighter profiles from novice to the world’s elite. These profiles include fight records, biographies, gyms, weight categories and fight history, all of which are linked to other pages within the members section. Currently there are profiles for over 4000 fighters across 46 countries and that number continues to grow daily.

Sign-up here and use the discount code ERNESTABUK to get the first month free.