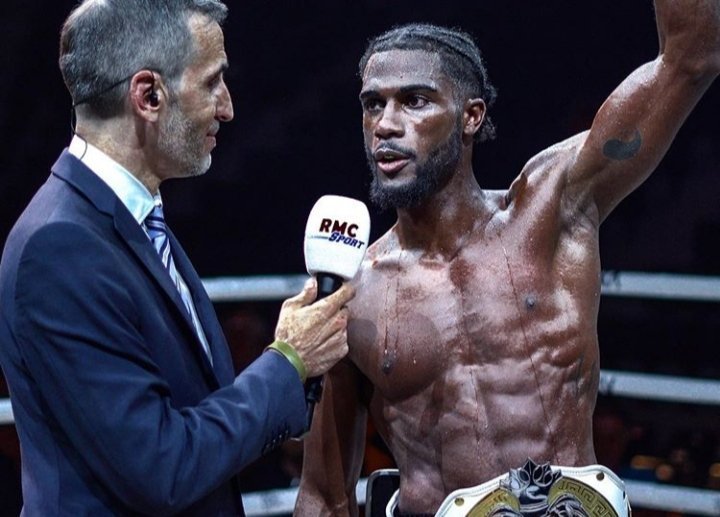 Speaking with our reporters earlier last week, Wilson was confident and promised to deliver a big performance, and he did just that as he stunned the ‘Terminator’ Boughanem with some heavy hands, getting the nod from two out of three judges after five-rounds of kickboxing action.

Normally competing under Muay Thai rules, the Moroccan-Belgian Youssef Boughanem has more than 200 wins and over 100 stoppages in his fighting career. He is considered by many the best middleweight on the planet right now and is the current WBC Muaythai 72.5kg World Champion.

We spoke with the victor, Wilson Varela, on his astonishing achievement at ARENA FIGHT Aix-en-Provence in France last night.

Wilson: “I’m happy for the win, but I think I could have done better than I did.

“He [Youssef] is a hell of a fighter and I respect him. I was smarter and had a big fight camp for this.

“We had a war and I countered better, stunning him with some hooks and right hands in the second and third rounds. It was really hard in the fourth round but I came back in the fifth and got the win.”