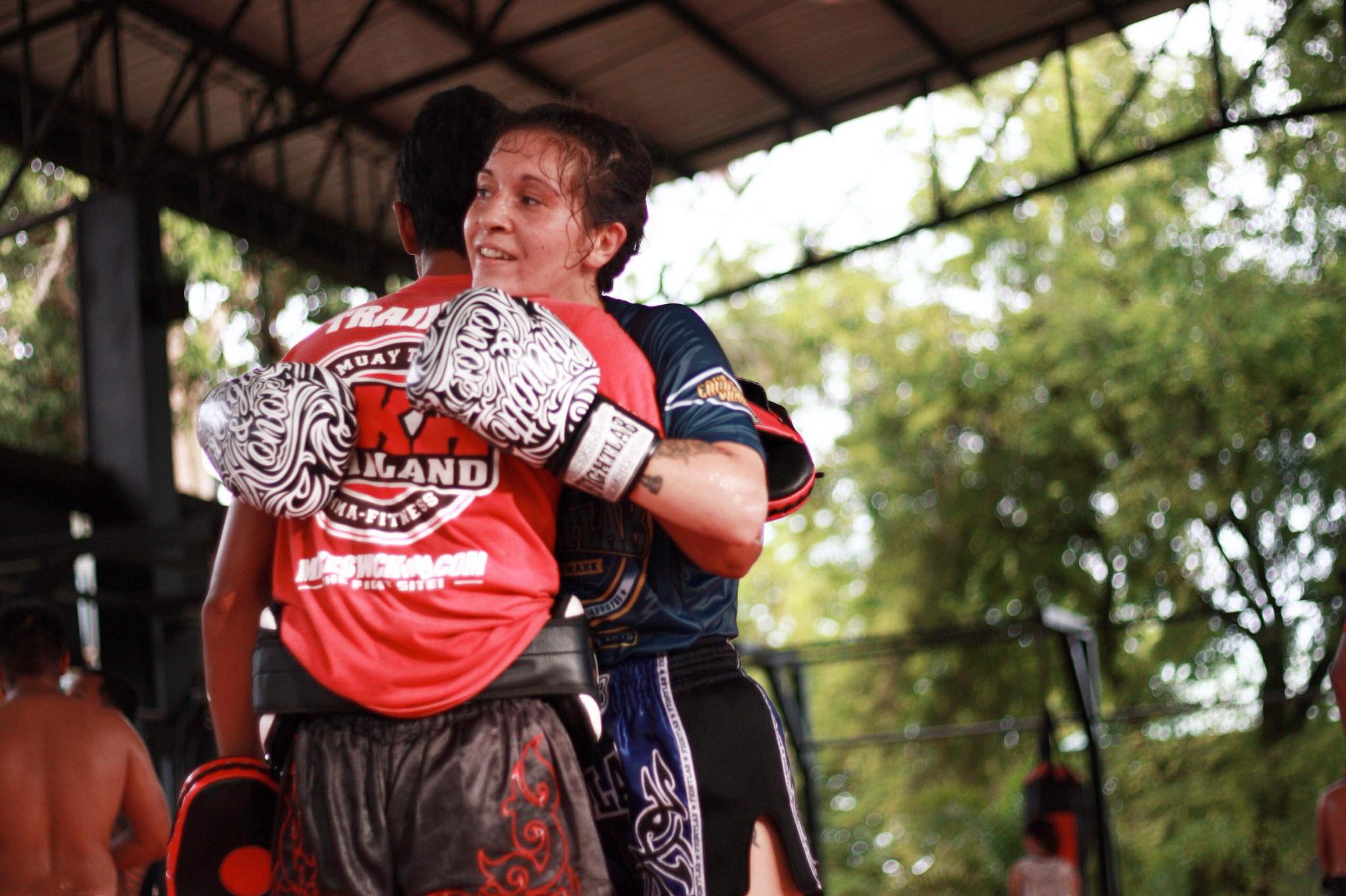 After moving to Thailand nearly three years ago, Yasmin Nazary tells us her story of getting started training in Muay Thai and battling through tough times and uncertainty to pursue her dreams of living, training and fighting in the motherland.

“I managed to make it work and only came back to the UK for fights and working for 3 or 4 weeks then heading back to Thailand.”

Could you tell us how and when you got started in the sport?

“I started when I was 14 and trained a little bit because my mum wanted me to get into some sort of training. I would train on and off only for fitness until I was 16 then I stopped.

“This was actually why I took it back up when I was older, I had just moved to England and was getting unfit and decided to join a martial arts gym to meet people and to keep fit. That was when I was 21-years-old, but it was very different this time; I seen it in a different way. I seen it as an art and researched and studied more about it.

“I quickly upped my classes to 5 days a week and then I decided I wanted to compete. There were some negitive comments and someone had told me I shouldn’t compete, so that pushed me even more to want to try it.

“I fought on Smash Muay Thai seven-months after I started training – that was the door opener to the world I live in now.”

What was it that got you keen to start competing and what do you enjoy about fighting?

“I love the energy of fighting and the whole emotional rollercoaster it gives you. The mental tests, the physical push, learning to support yourself and understand your abilities. Team work, the people you meet and trade stories with.

“I pretty much love everything about it, I can’t explain much I get out of it. But really I love it.”

When did you decide to move to Thailand to train and fight over there?

“I think I decided about 6 months before I actually did it. I left in May 2016 to start my journey in Thailand.

“I was a little unsure how long I would be able to stay because I didn’t have a lot of money, but I went with the mindset that I wanted to stay.

“I managed to make it work and only came back to the UK for fights and working for 3 or 4 weeks then heading back to Thailand.”

Can you tell us how training and competing in Thailand differs to back home?

“It’s so different here! Sometimes you only get three days notice before a fight!

“Training is very different here. I train twice a day; I go on two runs and then two-hours hard training sessions in the morning and afternoon.

“On the week of the fight, the first couple days I train hard, then the rest of the week it’s light training and the day before I don’t train at all. Then at the Stadium there is no real warm up, just shadow boxing, wrap hands and fight.

“Most fights you get a week or two-weeks notice before fights. I actually like that though.”

Any message to someone that has dreams and goals to do what you are doing?

“To those who have dreams of doing what I’m doing now, I say go for it! Don’t be scared, there is always a way of making things work!

“I have been in some hard times here but I have still been able to push through and make it work.

“Also don’t be afraid to ask for advice or help, there are people out there that will be willing to help. I must add not everyone will want to help you but never stop asking because someone will.”

You can view Yasmin’s full fighter record and profile here. If you would like to get your fighter profile and get featured on our website and social media channels, you can submit your fighter information on this form.