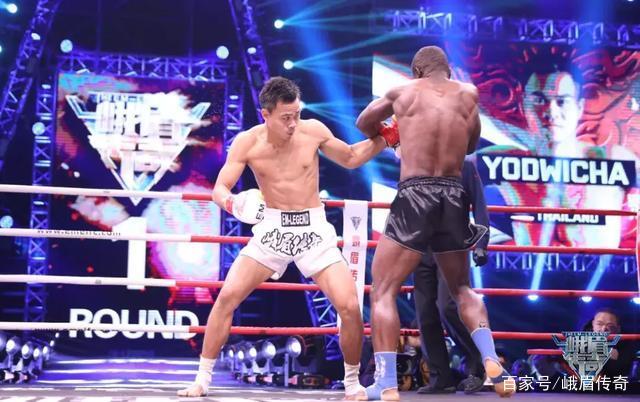 Earlier this week, we released a publication mentioning that WBC Muaythai Super-Welterweight World champion Yodwicha Por Boonsit will defend his title against a top 5 ranked opponent in the coming months.

But, who has Yodwicha fought and beaten to become one of the greatest Super-Welterweights in history?

The WBC Muaythai champion, who won the title with a second-round elbow knockout over Santanfah Rachanon at Authentic Mix Martial Arts in Phuket back in February this year, is currently riding an active four-year, twenty-nine fight win streak.

Though he lost a points decision in a Kickboxing bout against Russia’s Artem Pashporin in July last year, the decision was contested and the bout was later declared a no contest.

Since his loss to Littewada Sitthikul at Lumpini Stadium in April 2016, Yodwicha has went on to dominate his division with twenty-nine victories, including sixteen wins by way of knockout.

Competing mostly in China on Top King World Series and EM Legend over the last four-years, Yodwicha has faced some of the World’s elite, which includes the likes of Magnus Andersson, Jimmy Vienot, Azize Hlali and many more.

The Thai phenom has a total of 234 career bouts under his belt and also holds wins over the likes of Saenchai, Singdam and Nong-O Gaiyanghadao.

The 2016 Top King World Series champion also won multiple stadium titles early in his career, including the Omnoi and Lumpini Stadium titles in 2012 before a bitter rivalry with Petchboonchu FA Group between 2013 and 2014.

After two victories over Petchboonchu in 2013, the pair competed on five consecutive occasions in 2014, taking the total head-to-head record to 4-2-1 in favour of Yodwicha.

At just 24-years-old, Yodwicha has already achieved what most fighters would take a whole career achieve and he still has a huge future ahead of him.

Stay tuned for news on who his top 5 ranked opponent will be in his first WBC Muaythai World title defence in the coming months.