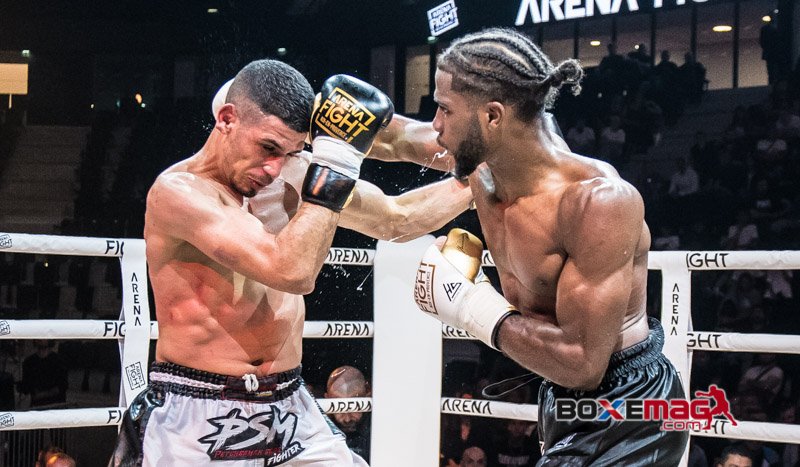 Up until that fight, Belgian-Moroccan Muay Thai and Kickboxing superstar Youssef Boughanem was undefeated in 26 fights stretching back over 4 years.

Despite the daunting task of facing one of the World’s greatest combat sports athletes however, the younger Wilson Varela was confident in his ability to cause the upset.

After the win in their first fight, Varela spoke to the Fight Record team;

“I’m happy for the win, but I think I could have done better than I did.

“He [Youssef] is a hell of a fighter and I respect him. I was smarter and had a big fight camp for this.

“We had a war and I countered better, stunning him with some hooks and right hands in the second and third rounds. It was really hard in the fourth round but I came back in the fifth and got the win.”

Now the young Frenchman will get another chance to prove why he is the ARENA FIGHT Lightweight K-1 champion when he puts the belt on the line in a rematch with Youssef Boughanem at AFC #2 streaming live on the 12th December.